Since people first began to speculate about the future, there has always been a divide between those who feel scientific advance will lead inevitably to disaster – nuclear, biological, or perhaps, as Nick Bostrom has suggested, at the mercy of intelligent machines – and those who await a technological utopia, such as Ray Kurzweil’s singularity.

Less widely noticed is that we can track how the public feels about these two possibilities – over time, and around the globe. Since 1981, the World Values Survey has been asking people how they feel about scientific advance, and on balance whether they feel on balance it will ‘help’ or ‘harm’ humanity in the long run. The results offer a few interesting observations. 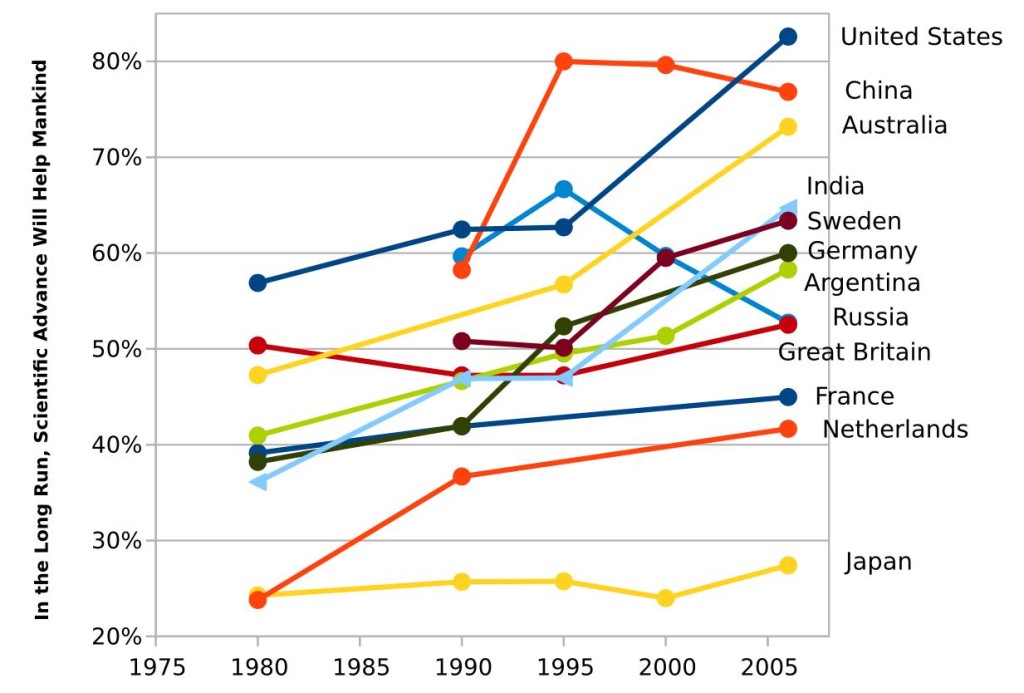 First, the world appears to be getting more optimistic about science. Whereas in the 1980s, a majority of Germans, British, and Argentinians felt negatively about the long-run effects of scientific progress, that has now reversed. And countries that were always optimstic, such as Sweden or the US, have only become more so.

Second, we can see how ‘technology-prone’ or ‘technology-resistant’ certain cultures are. The United States, China, and Australia lead the world in technological optimism, while true to stereotype, France is among the most negative. A major reversal is Russia: which used to be among the techno-optimistists, but is now among the skeptics.