2017 – The Future of Communication 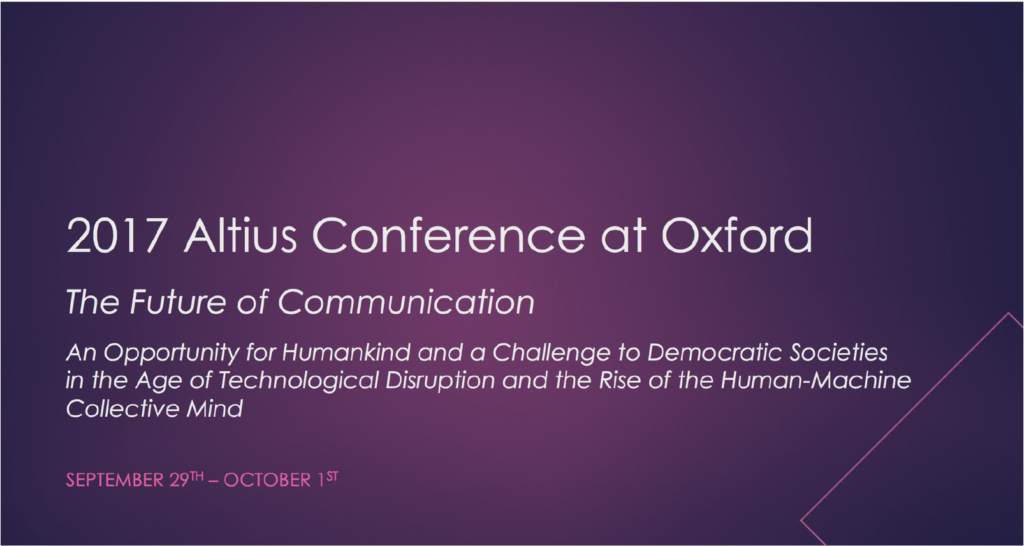 The Future of Communication:
An Opportunity for Humankind and a Challenge to Democratic Societies
in the Age of Technological Disruption and the Rise of the Human-Machine Collective Mind

Our debate in 2017 expanded beyond the analysis of technological trends, to cover topics such as the disruption to democratic societies as a result of the ‘disintermediation’ of information, the fragmentation of political power, the challenge to intellectual authority in the age of new media and disruptive technologies, and ultimately the impact for the future of human identity and the requirement of a new paradigm of national and global governance.

The 2017 Annual Conference, which inaugurated the debates about this Theme, took place at the Oxford Union Debating Chamber, the world’s most prestigious debating venue, and it was structured in five major lines of discussion: 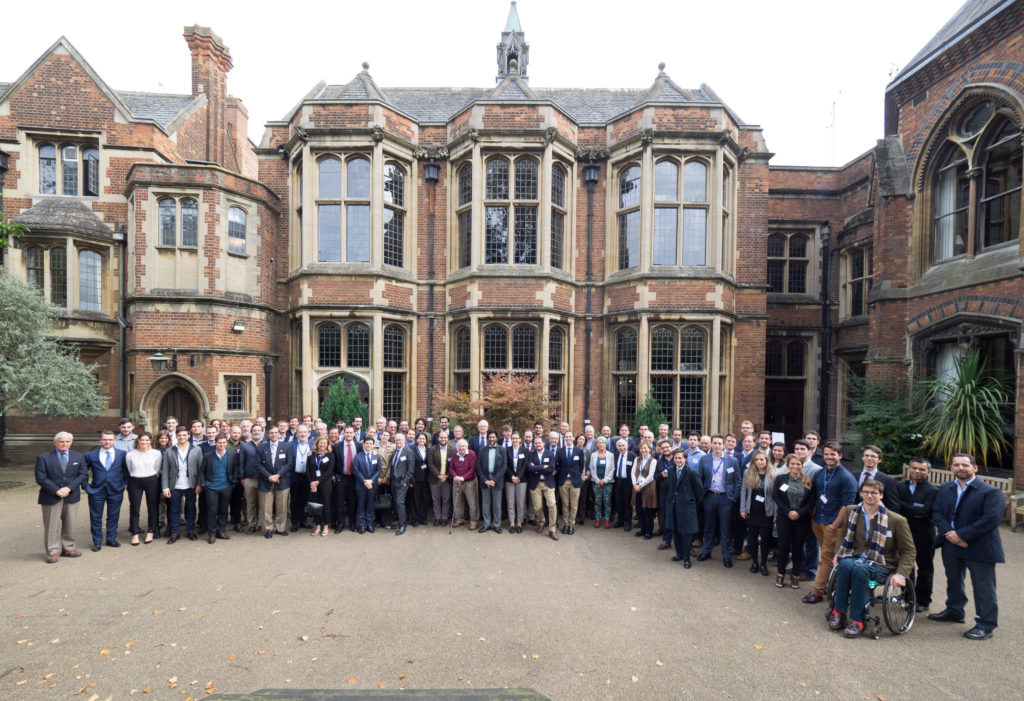 2017 Group Photo at the Oxford Union 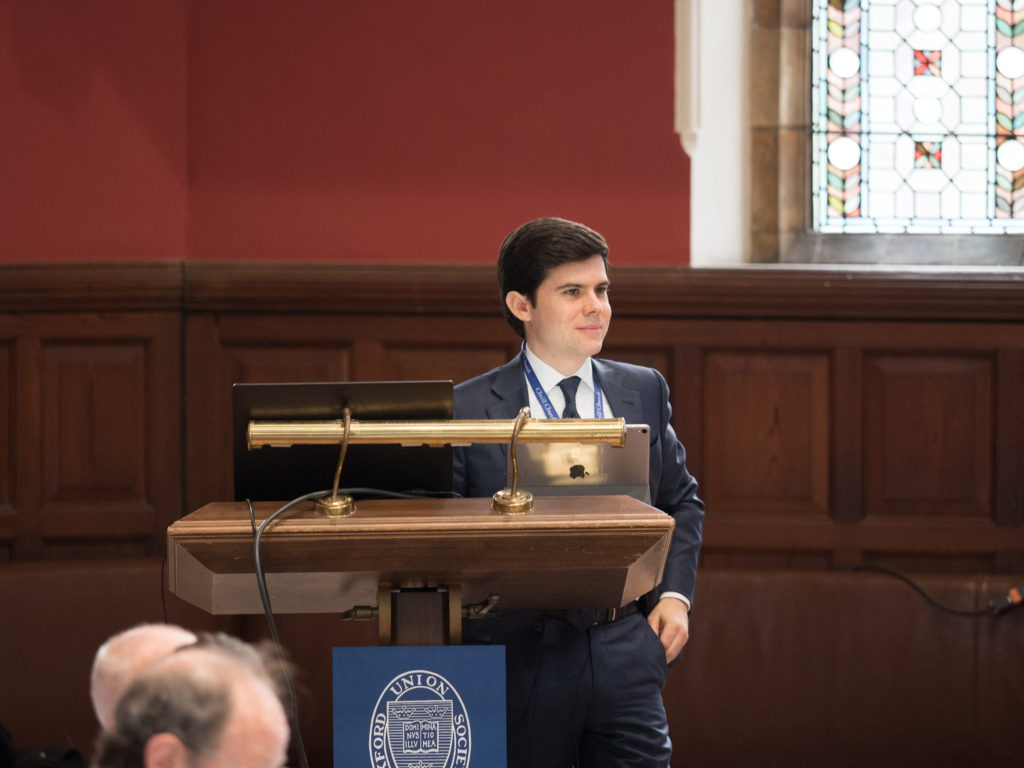 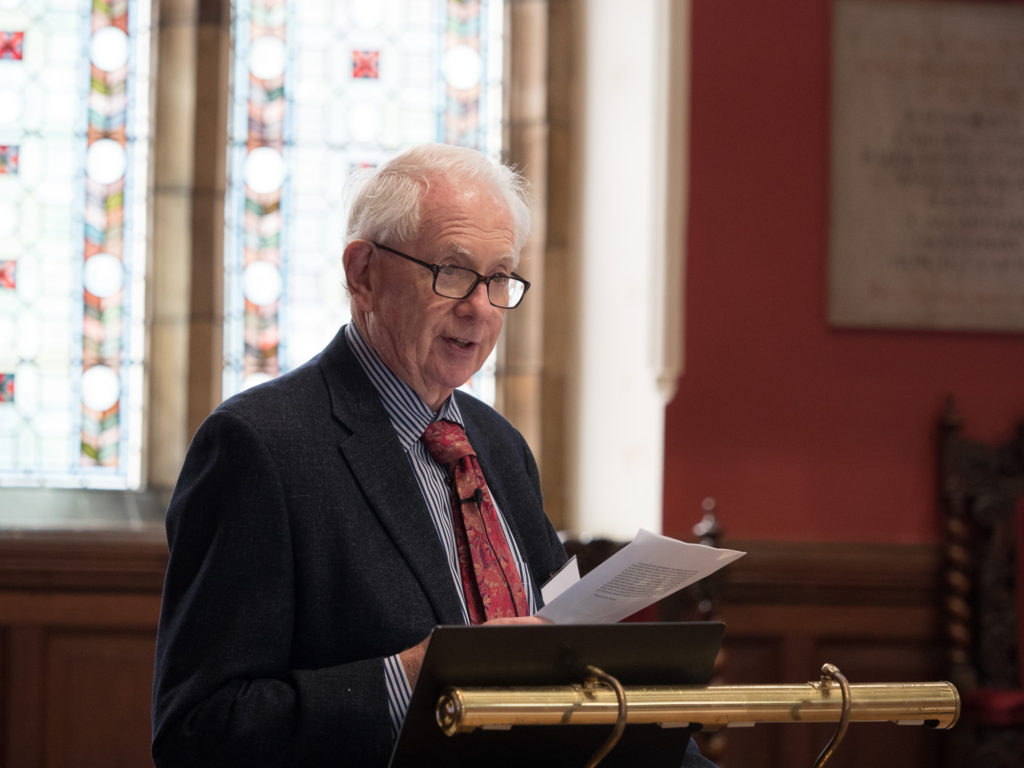 Opening Address by Sheldon Glashow, 1979 Nobel Laureate in Physics, key contributor to the Standard Model of Physics: “The Future of Science and Humanism in Democratic Societies: Recovering Intellectual Authority in the 21st Century”

Keynote by Peter Zoller, 2013 Wolf Prize in Physics and 2006 Dirac Medal for his pioneering research on Quantum Computing and Quantum Communication 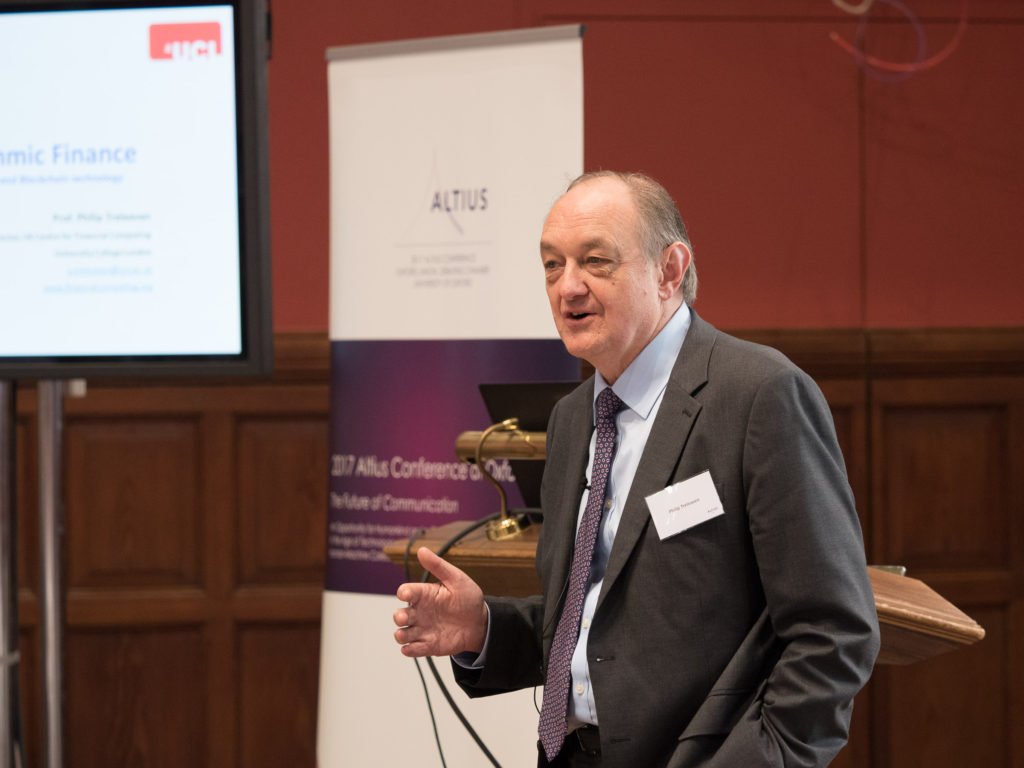 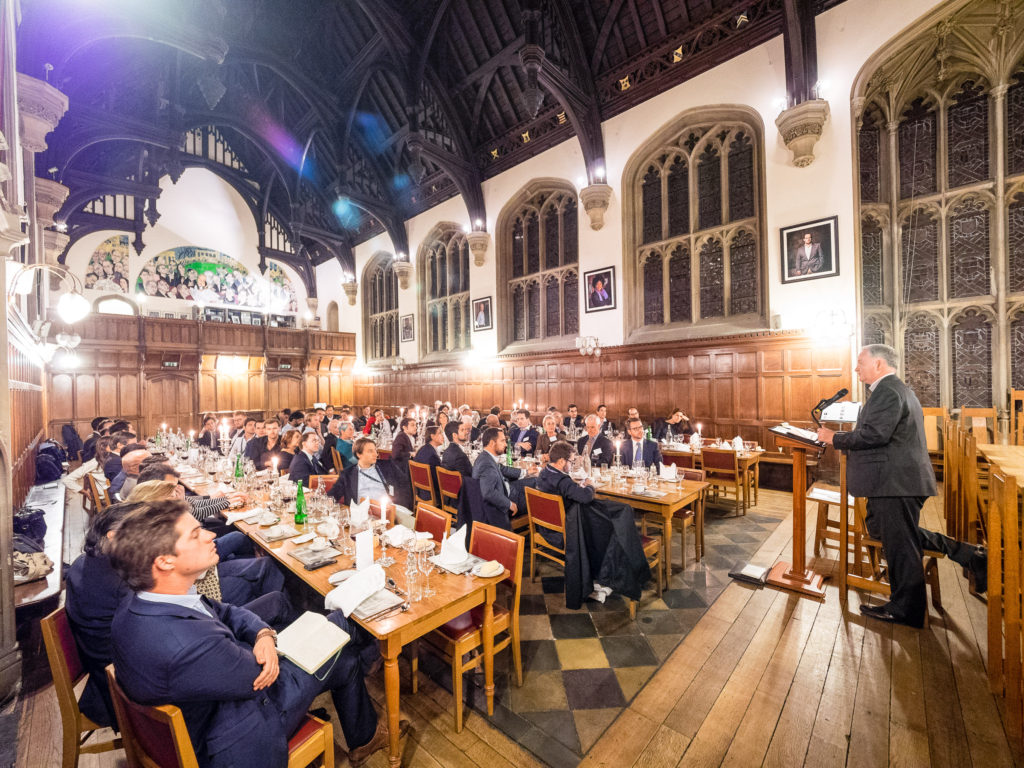 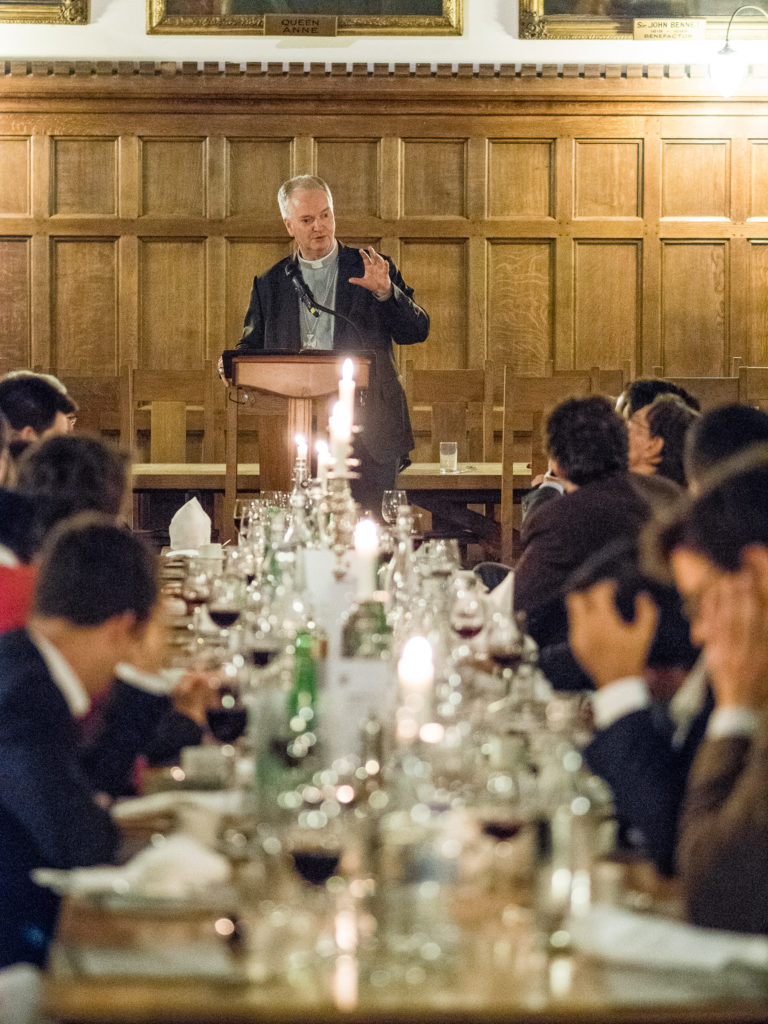 Keynote by Monsignor Paul Tigue, Adjunct Secretary, Pontificial Council for Culture, previously at the Vatican’s Council for Social Communications, and Secretary to the Committee to restructure the Holy See’s Media operations (Patten Committee) 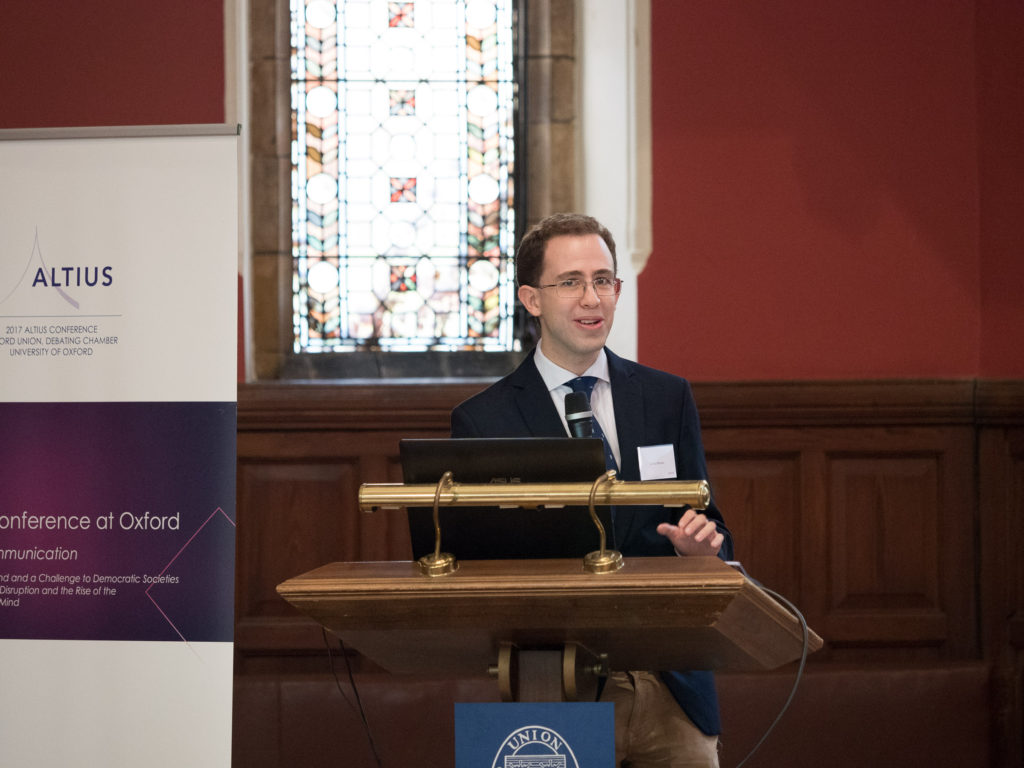 Prof. Carlos Blanco, co-founder of Altius, introduces the discussion about the philosophical perspective: ‘From the Neurobiological Understanding of Perception, to the Future of Human Identity and the Sociology of Human Communication’ 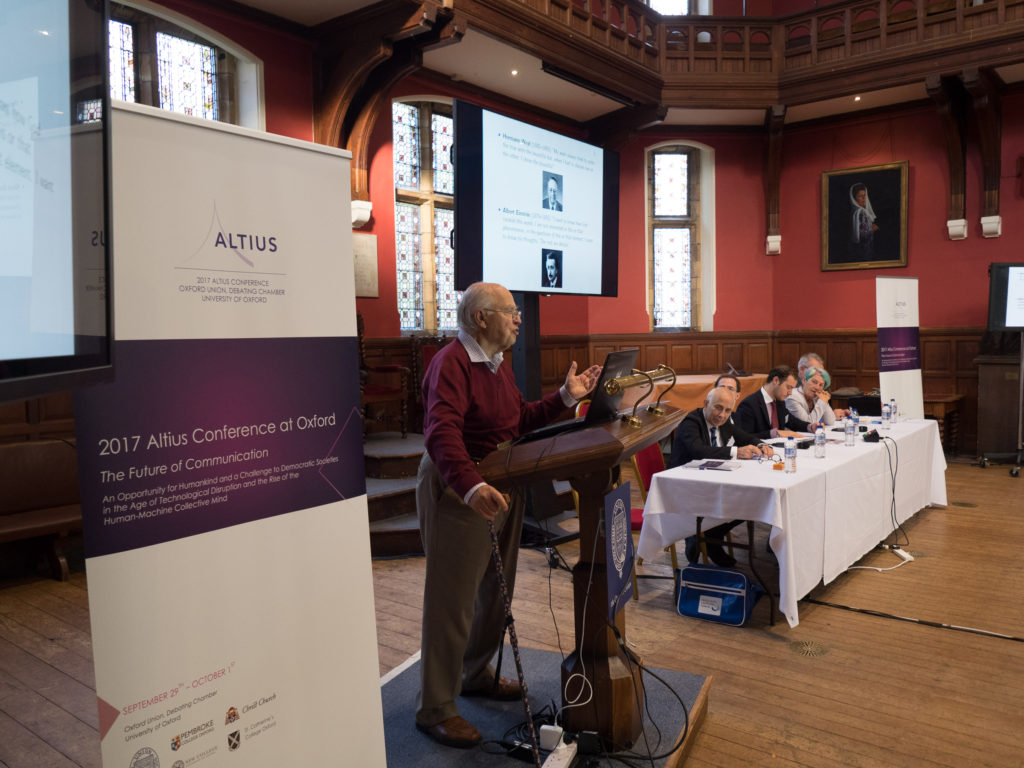 Sir Michael Atiyah, 2006 Abel Prize in Mathematics and 1966 Fields Medalist, former Master of Trinity College, Fellow and Past President of the Royal Society, presents his inspiring remarks “Beauty, Truth and Human Sprit”, inaugurating the debate about the long-term philosophical perspective. He was joined by Semir Zekir, Head of the UCL Laboratory of Neurobiology, Susan Blackmore, British writer and broadcaster, and Piero Dominici, Professor of Sociology and Communication, Università di Perugia 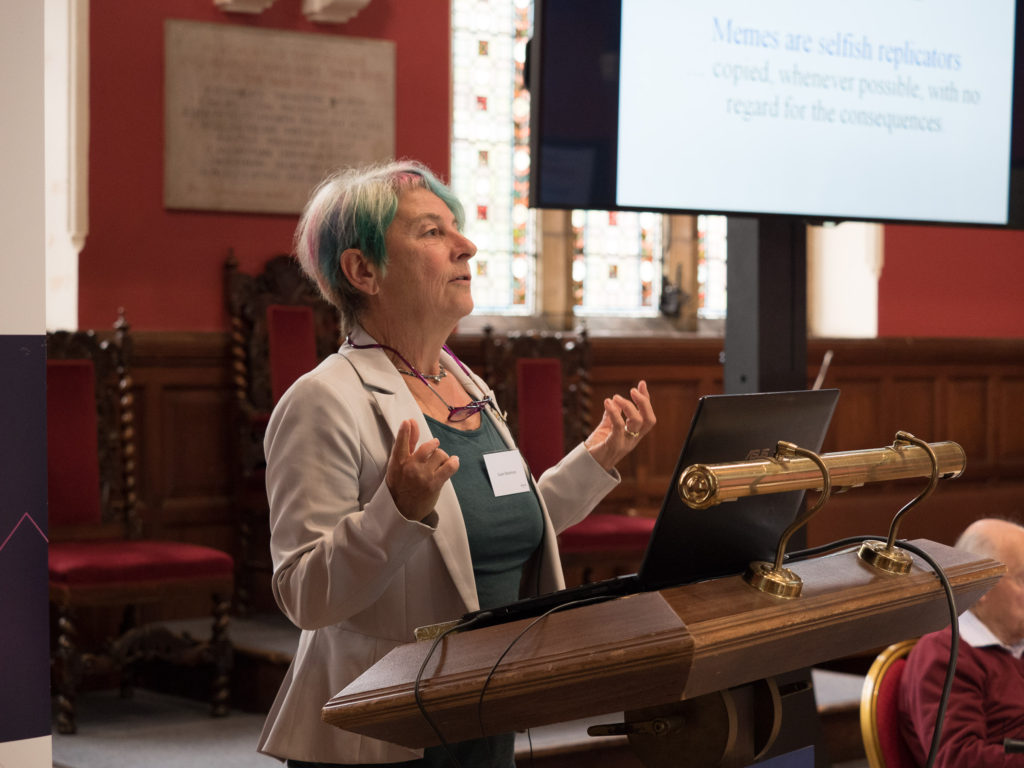 Prof. Susan Blackmore, British writer and broadcaster, author of ‘The Meme Machines and Conversations on Consciousness’, during her keynote ‘Memes and Temes: the role of technology in self-replicating ideas’ 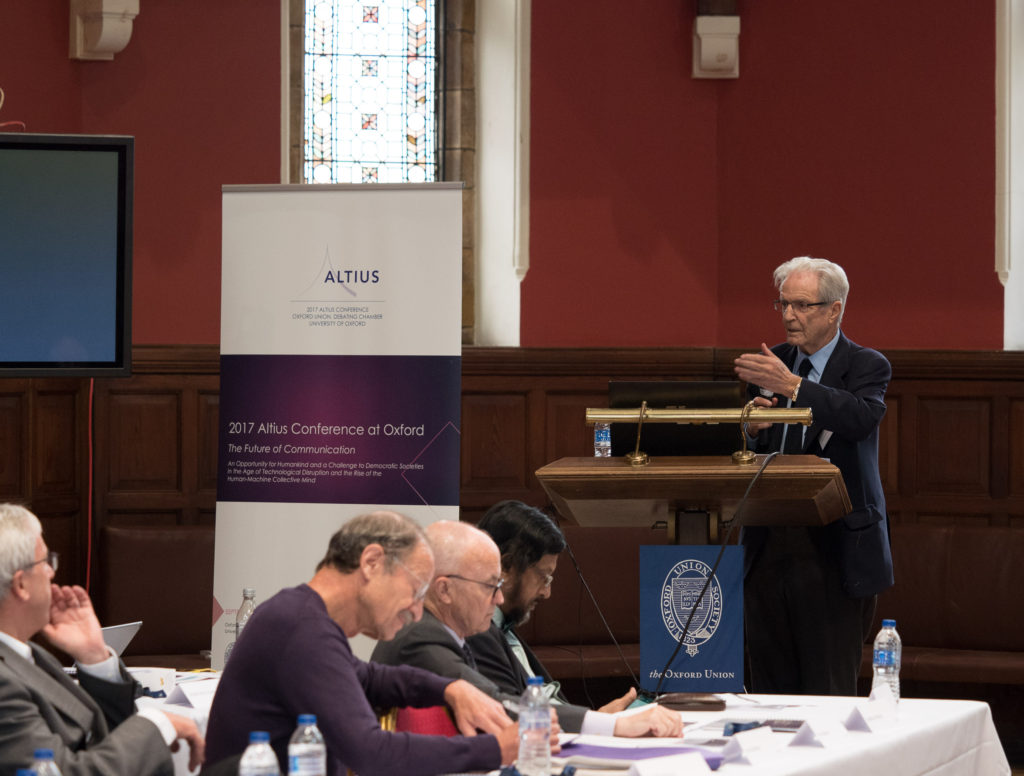 Antonio Garrigues Walker, Chairman of the World Association of Lawyers, Honorary Chairman of Garrigues, one of the largest European law firms, discussing the interdependence between Science, Technology and Law 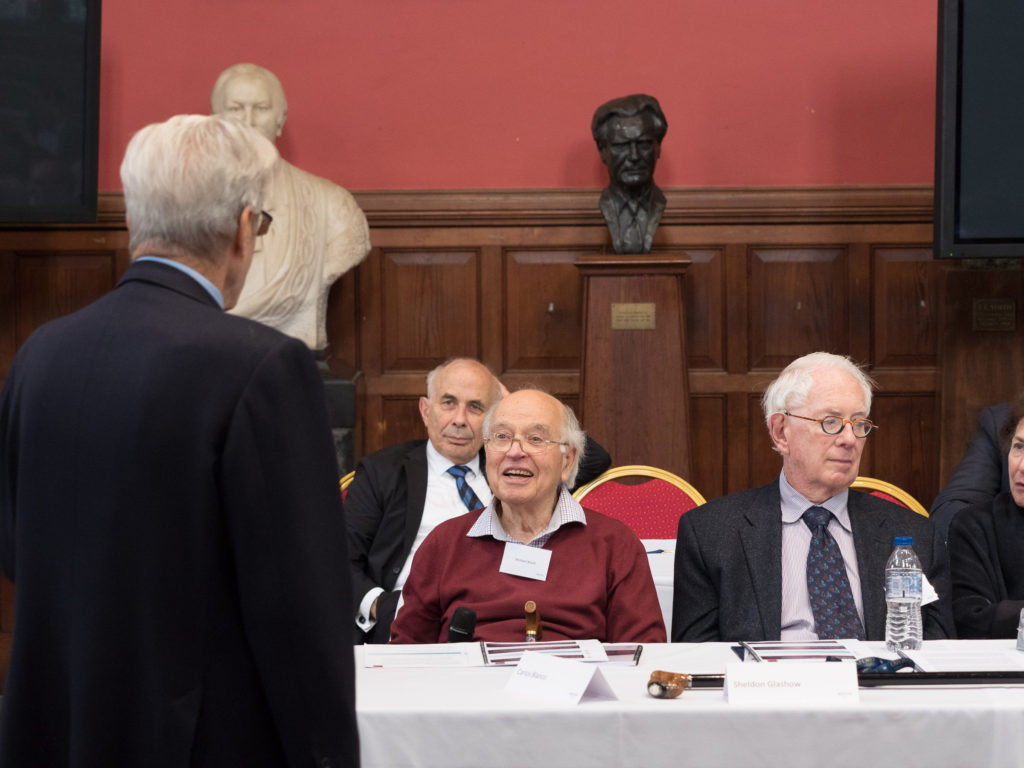 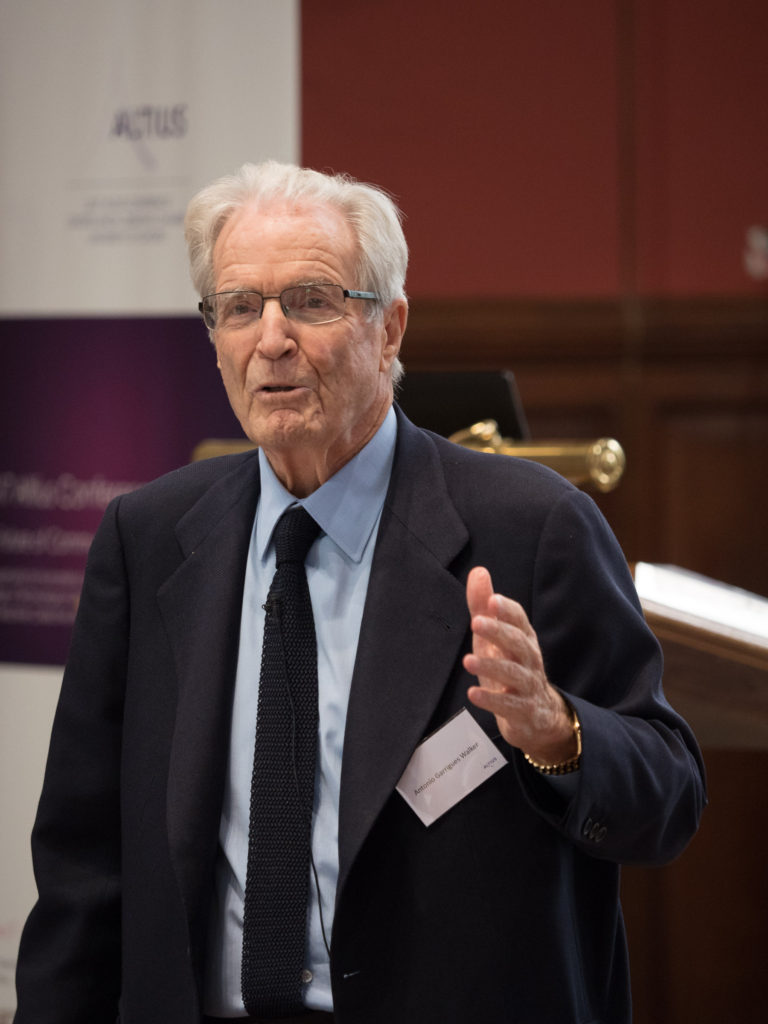 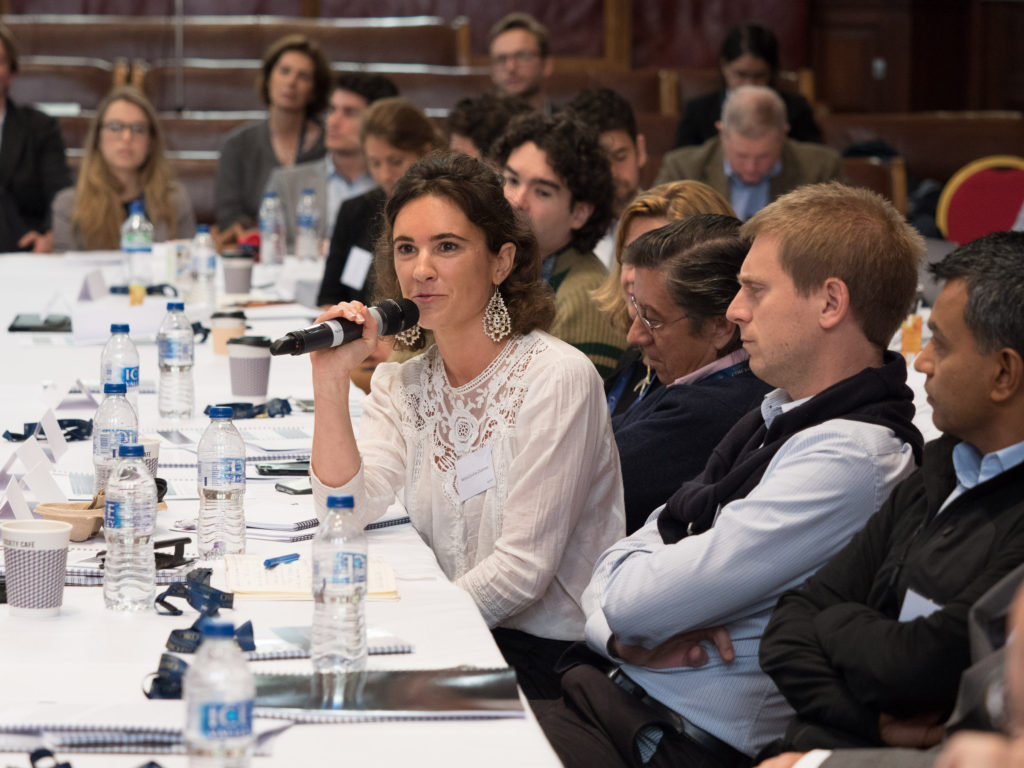 Prof. Finn Kydland, 2004 Nobel Laureate in Economics, Distinguished Professor of Economics, University of California, during his keynote “The Growth of Nations. Who is to Blame: Productivity Growth or our Political System” 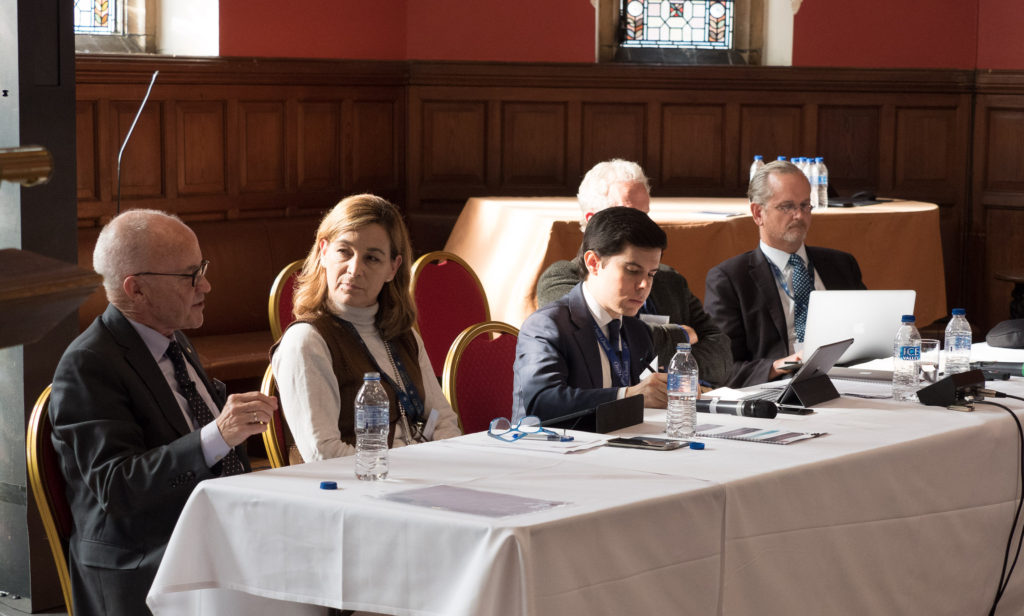 Discussing “Prosperity and Economic Growth in a Networked World. Framing the Foundations of a New Democratic Process”, with Prof. Finn Kydland, 2004 Nobel Laureate in Economics, Prof. Doyne Farmer, Co-Director of the Institute for New Economic Thinking at the Oxford Martin School, Lawrence Lessig, Professor of Law and Leadership at Harvard Law School, and Belen Romana, Board Member of Banco Santander and former Chairwoman of SAREB 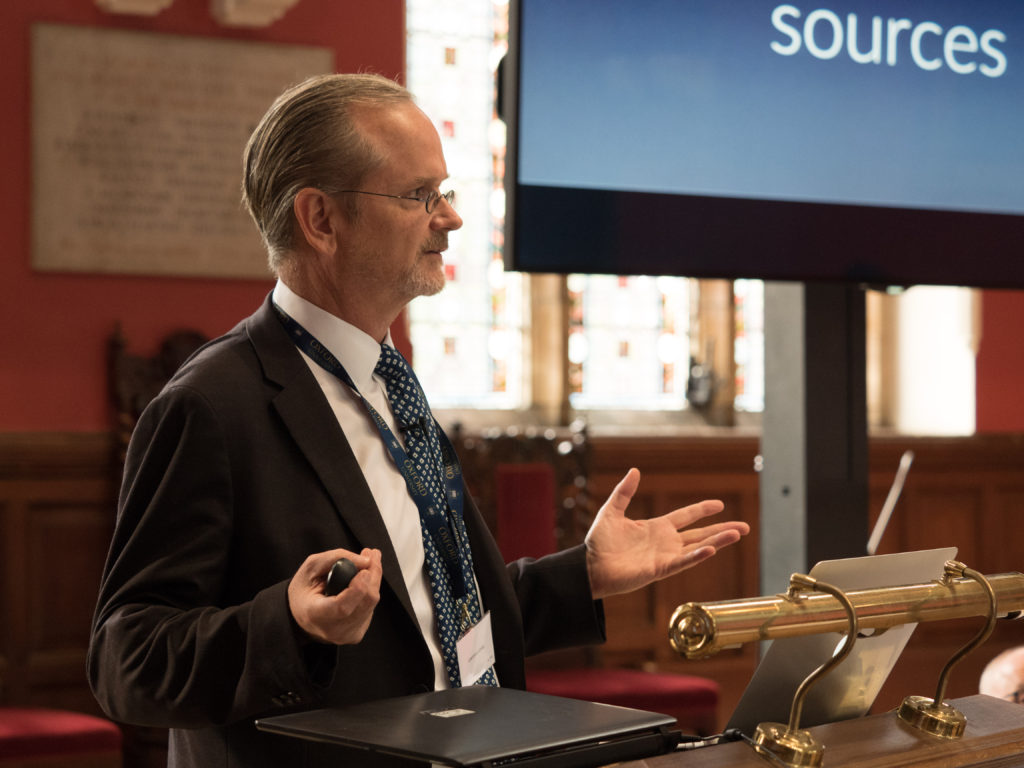 Keynote by Lawrence Lessig, Professor of Law and Leadership at Harvard Law School, former Director of the Edmond J. Safra Center for Ethics at Harvard University, founder of the Center for Internet and Society at Stanford University, founder of Creative Commons, and 2016 Candidate for the Democratic Party’s nomination for President of the United States 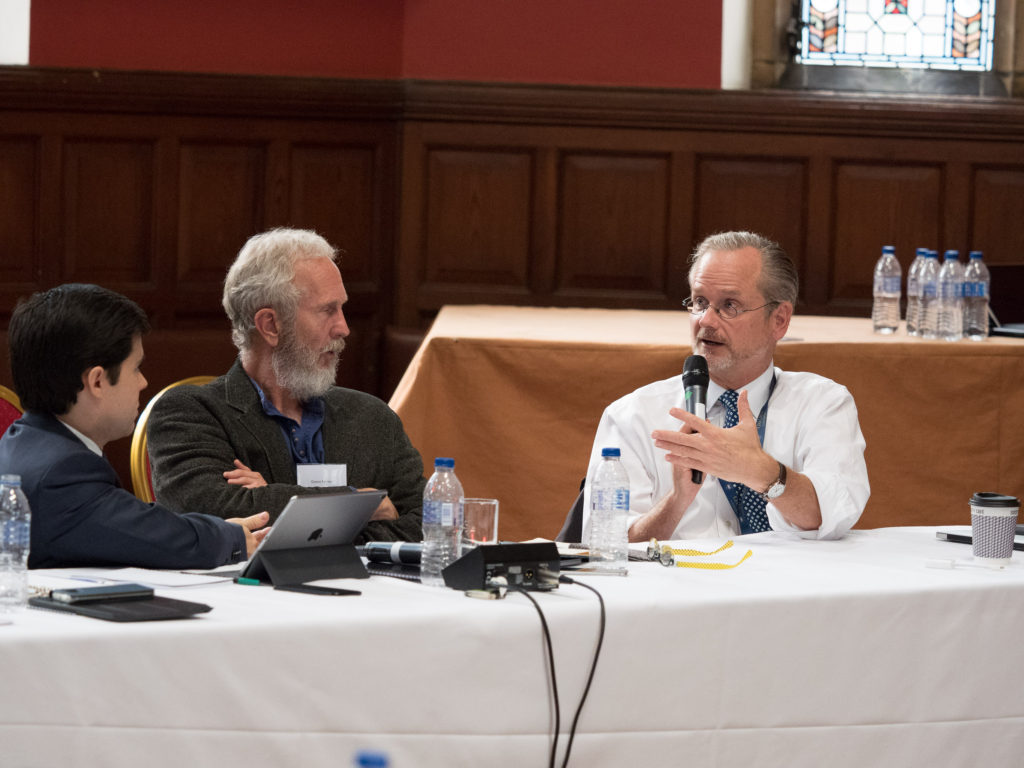 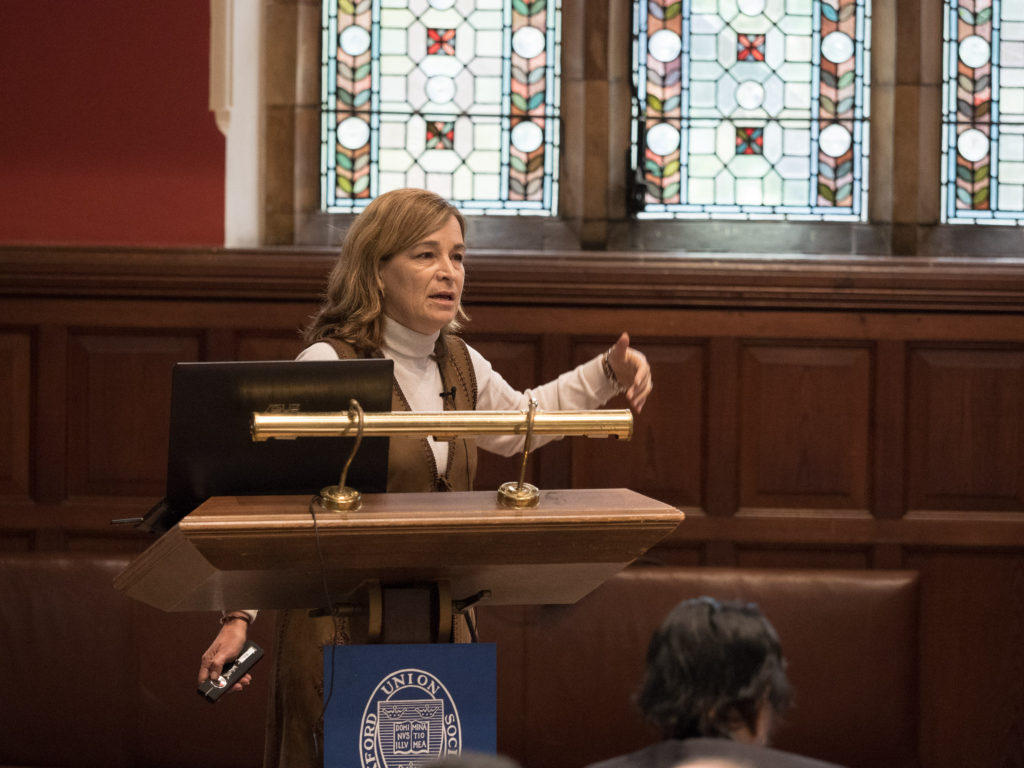 Belen Romana, Board Member of Banco Santander, former Chairwoman of SAREB, Head of the Spanish Treasury and Director General for Economic Policy, during her keynote “The Challenge of Post-Truth Era Politics for the Survival of Responsible Economic Policy” 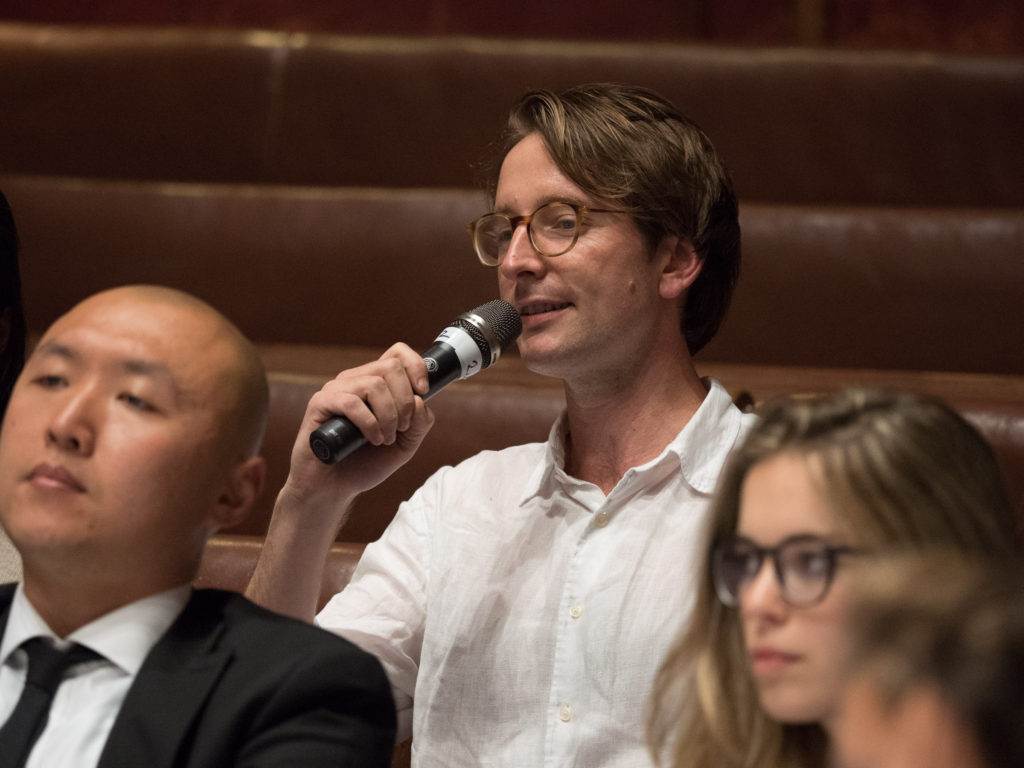 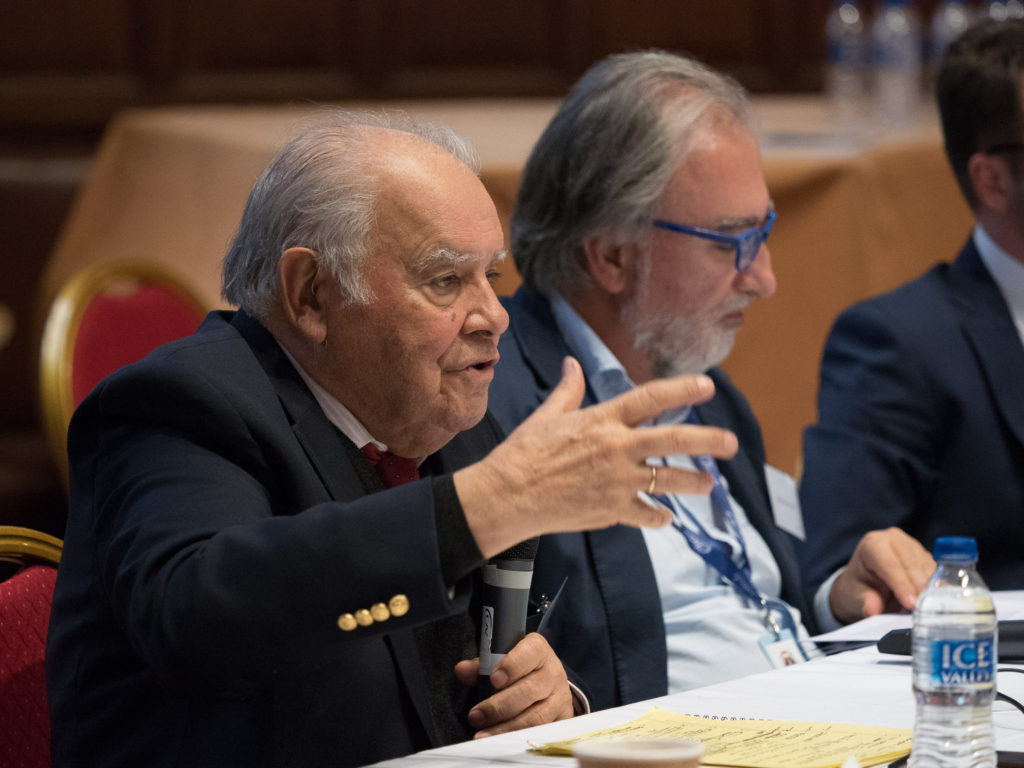 Enrique Iglesias, KOGF, Ibero-American Secretary General 2005-2014, President of the Inter-American Development Bank 1988-2005, analyzes the significant role of Multilateralism for peace and prosperity during past and future decades 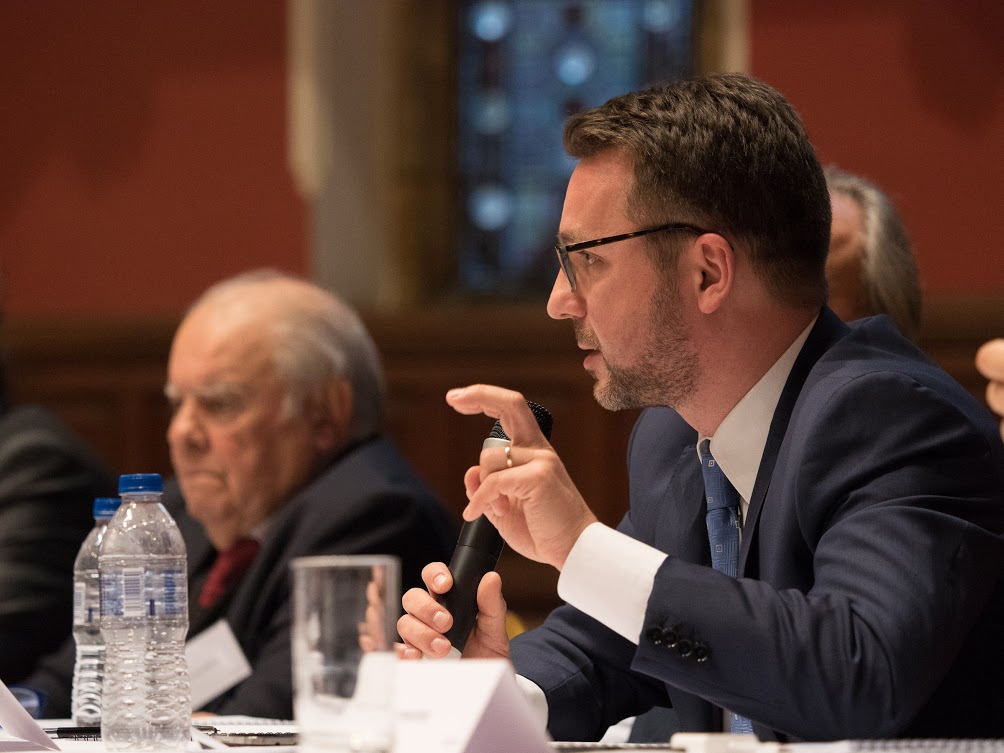 Prof. Marcin Kilanowski discussing the future of governance and the need for a new ethical basis 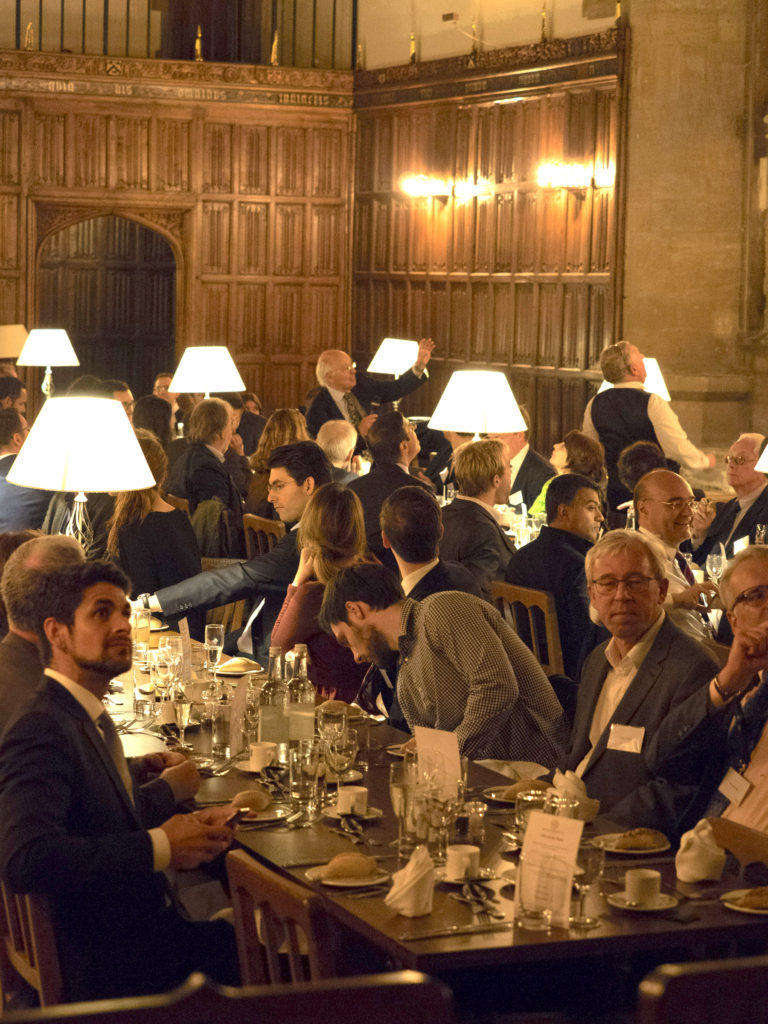 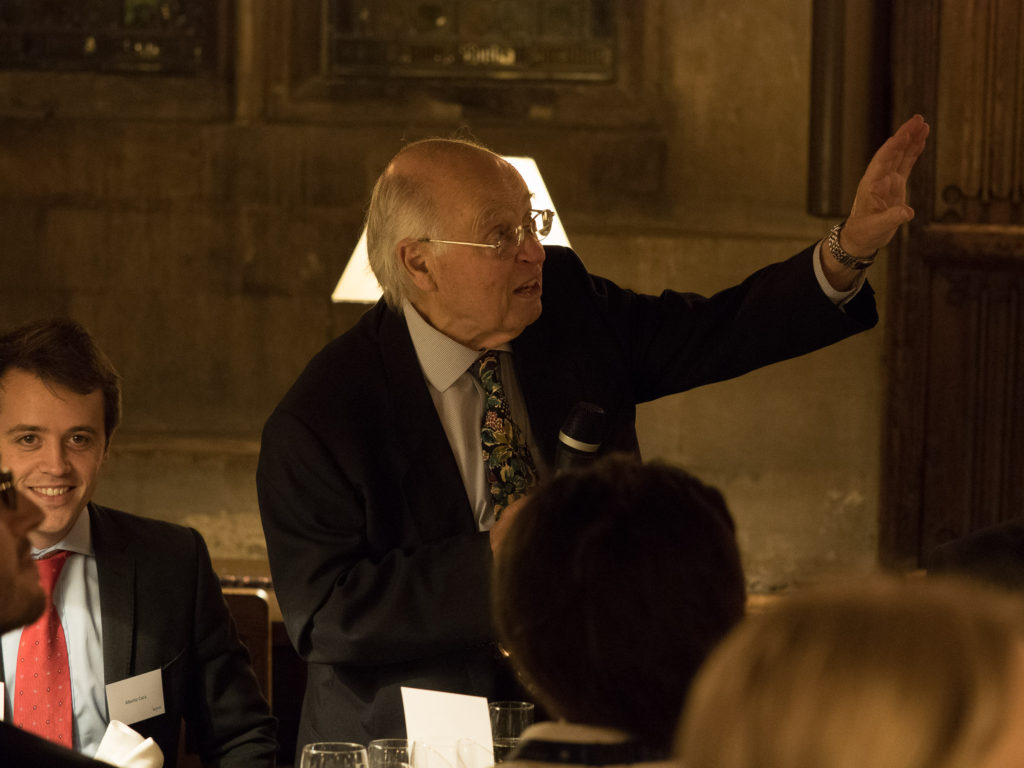 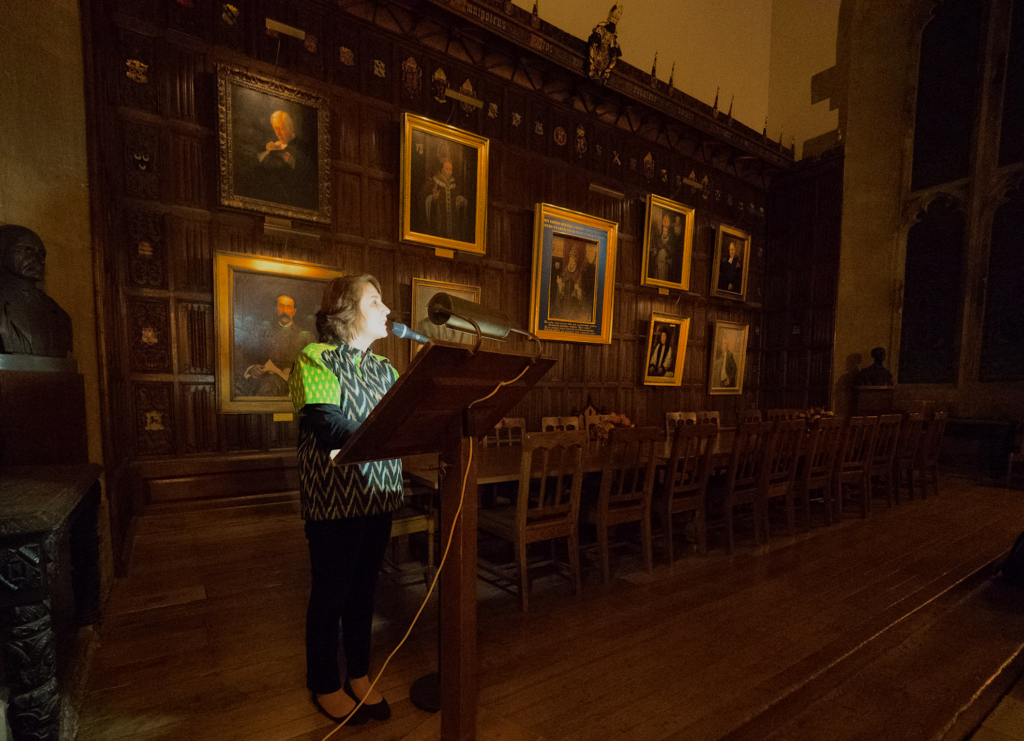 Rosalía Arteaga, former President of Ecuador (first female to occupy the Presidency and Vice-presidency of the country) and Board Member of Library of Alexandria and Encyclopædia Britannica, during her remarks in the Dining Hall of New College. 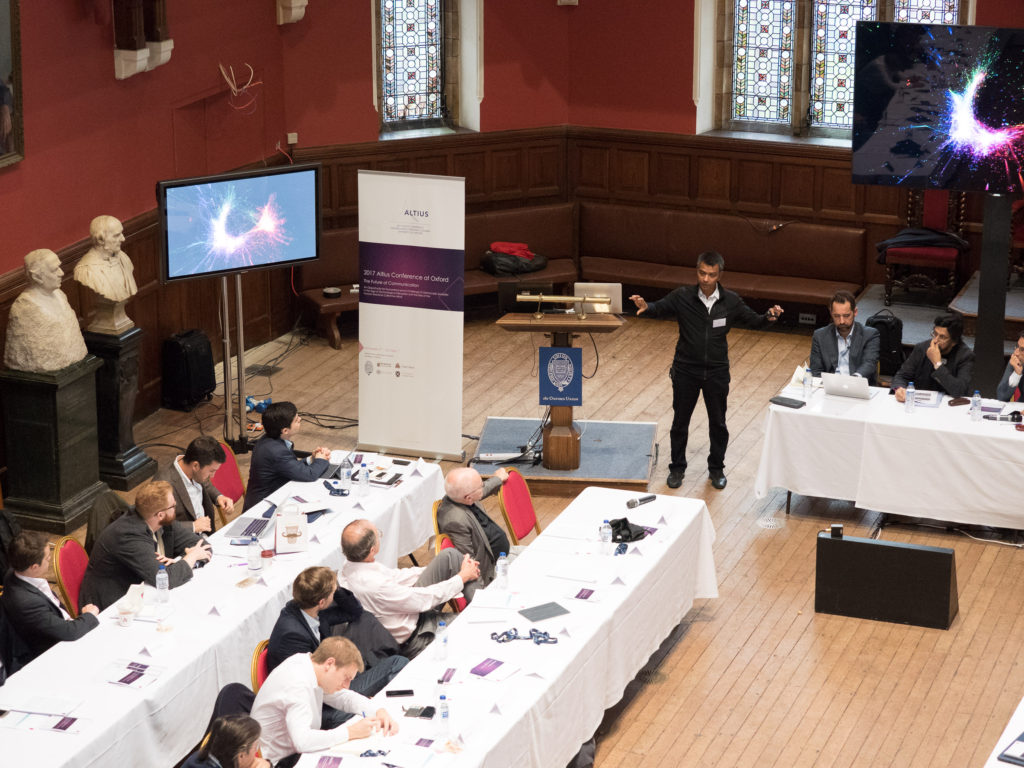 Deb Roy, Chief Media Scientist at Twitter and Director of the MIT Laboratory for Social Machines, explains the dynamics by which information and news spread in social digital media networks 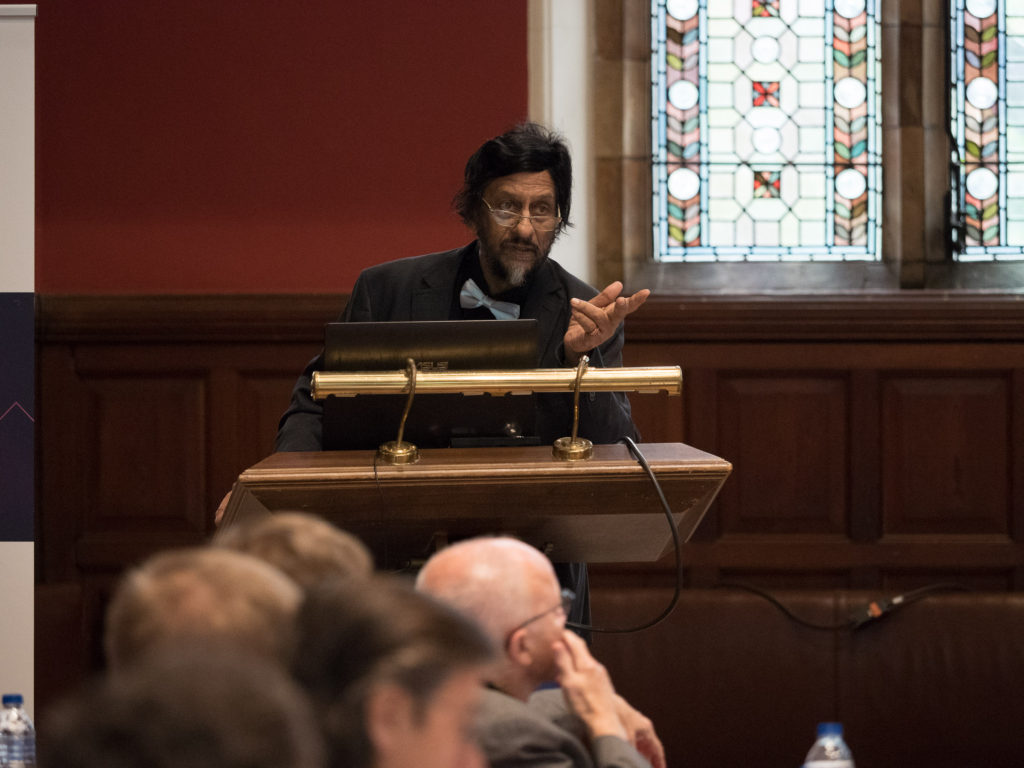 Rajendra Pachauri, former Chairman of the Intergovernmental Panel on Climate Change (IPCC), co-recipient of the 2007 Nobel Peace Price, analyzes during his keynote the effects of scientific skepticism and how to recover intellectual authority in the age of new media, and the case of Climate Change 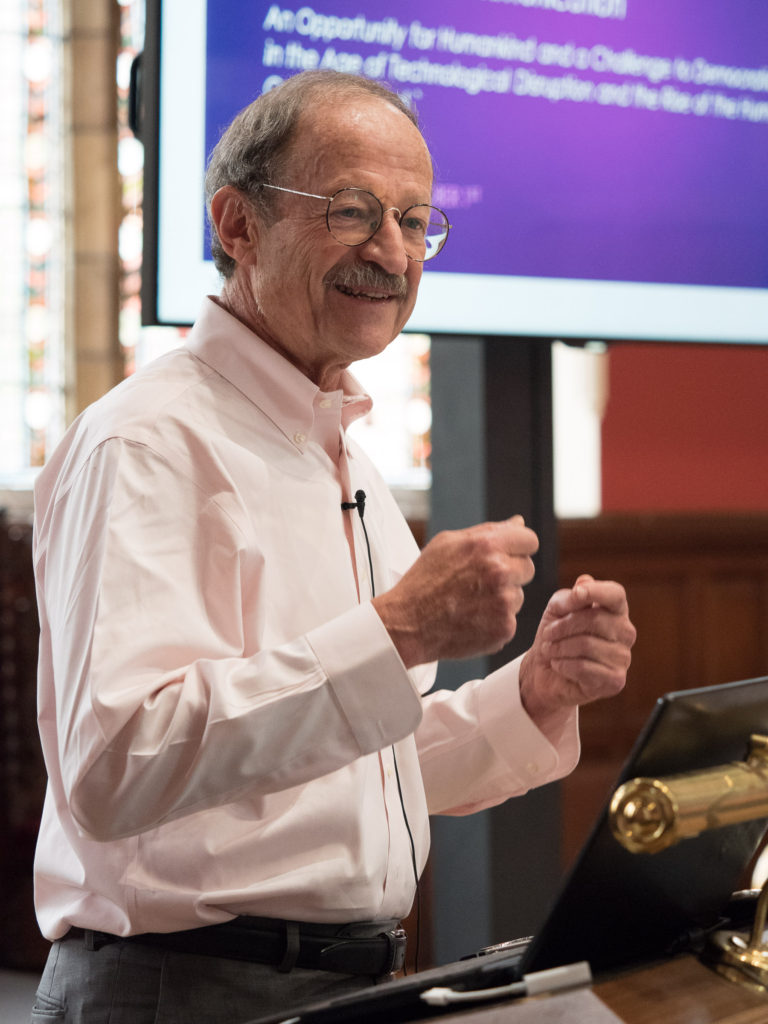 Harold Varmus, 1989 Nobel Laureate in Medicine, former co-chair of President Obama’s Council of Advisors on Science and Technology, brought an optimistic view during his Closing Address