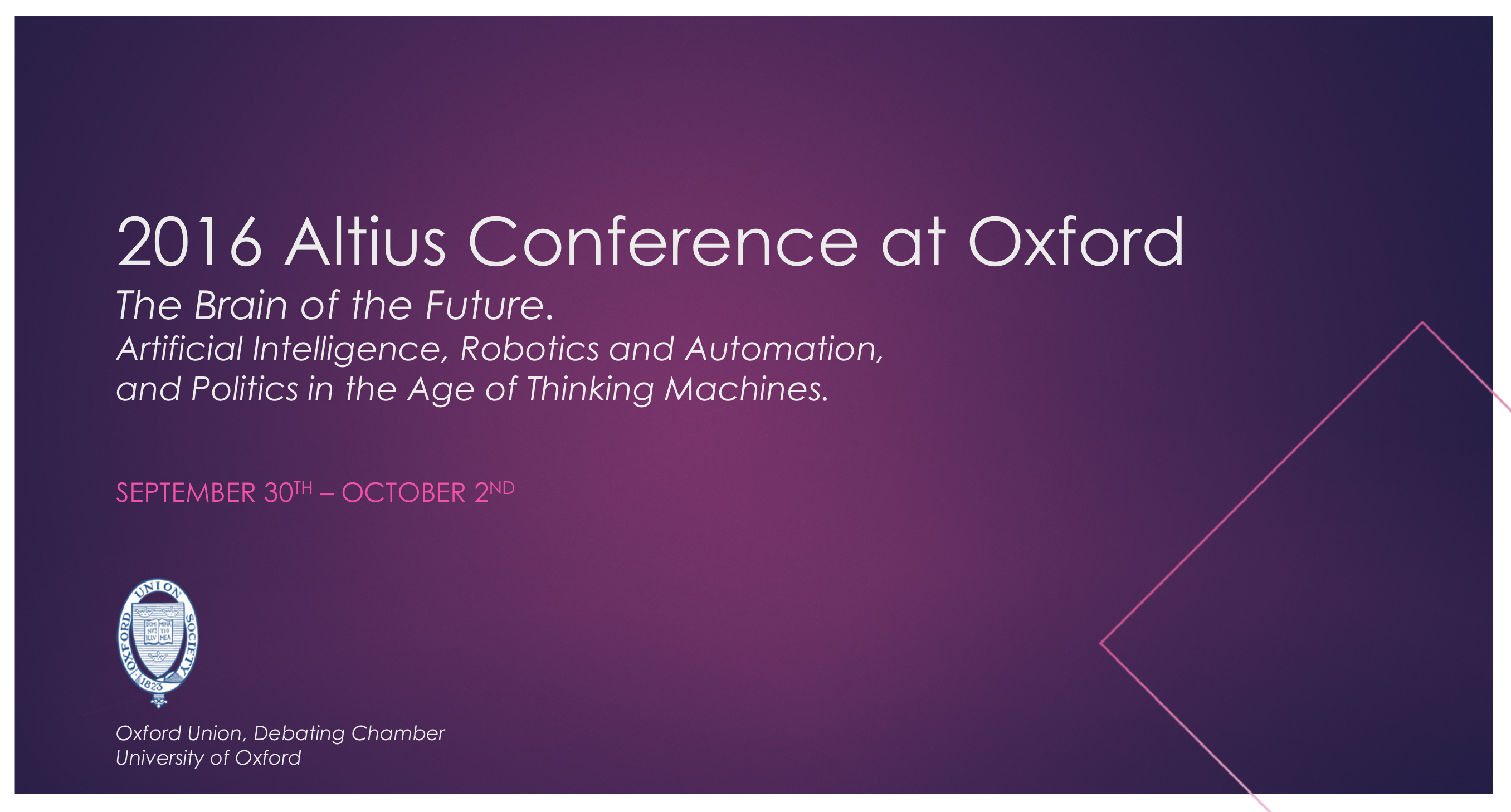 The Brain of the Future: Artificial Intelligence, Robotics, Governance and Politics in the Age of Thinking Machines

The Theme for the 2016 Annual Conference was the result of an emerging debate that arose repeatedly during our previous Annual Conferences at Oxford. ‘The Brain of the Future’ expands well beyond the neurobiological organization of the human brain, instead focusing on the need to analyze the consequences of the development of Advanced (and Intelligent) Machines, rapid increases of productivity of goods and services, shifts in the structure of our societies and cultures, major disruptions for global commerce and the balance of international power (economic and military), growing income gaps driven by innovation, security risks posed by AI, the requirement of a new paradigm of National and Global Governance, and many others.

This Theme allowed us to explore one of the most significant vectors of change of our time: The Rise of Intelligent Machines, understanding ‘Machines’ as a concept beyond its physical connotations.

The Conference took place at the Oxford Union Debating Chamber, the world’s most prestigious debating venue, and it was  structured in 5 major lines of discussion: 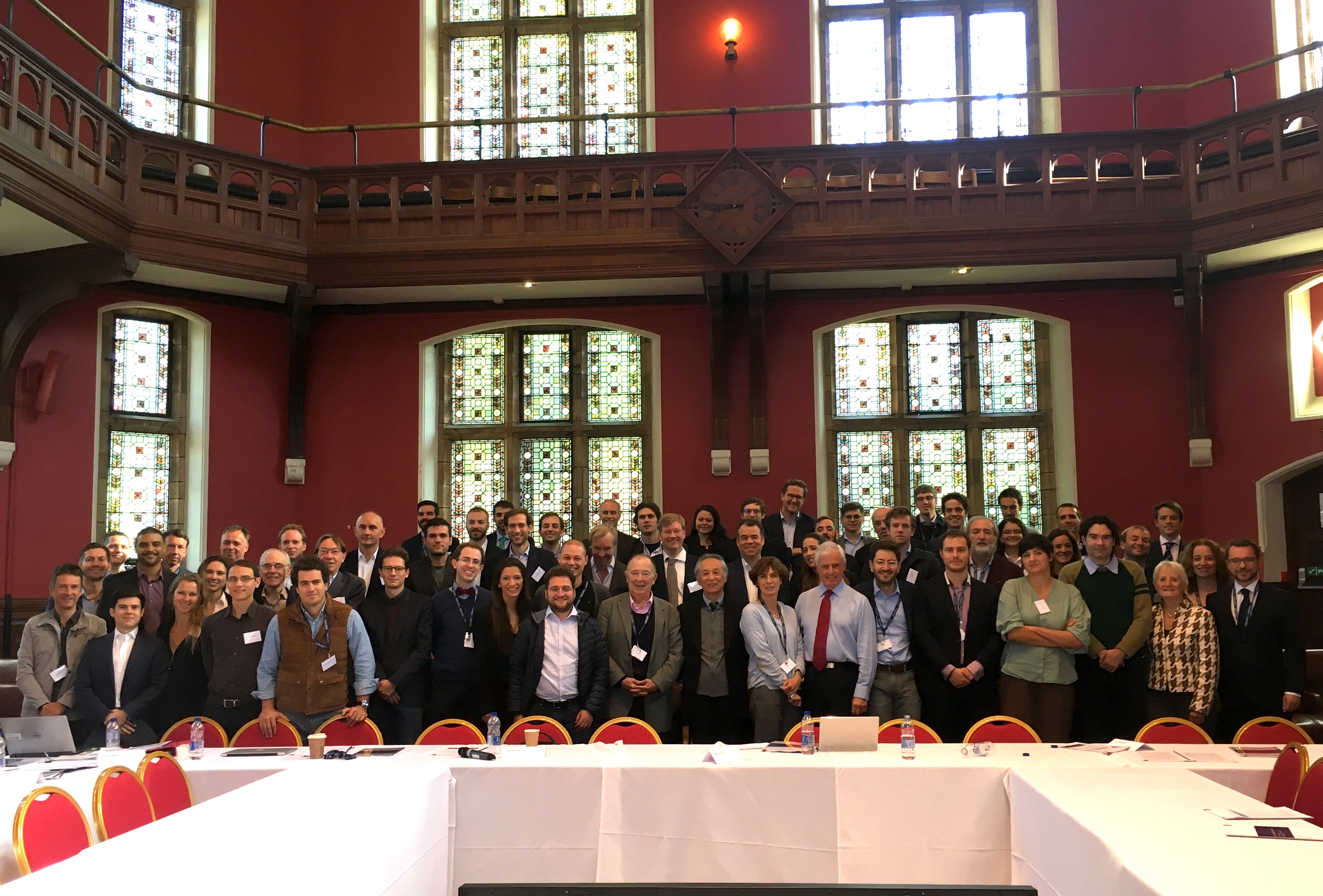 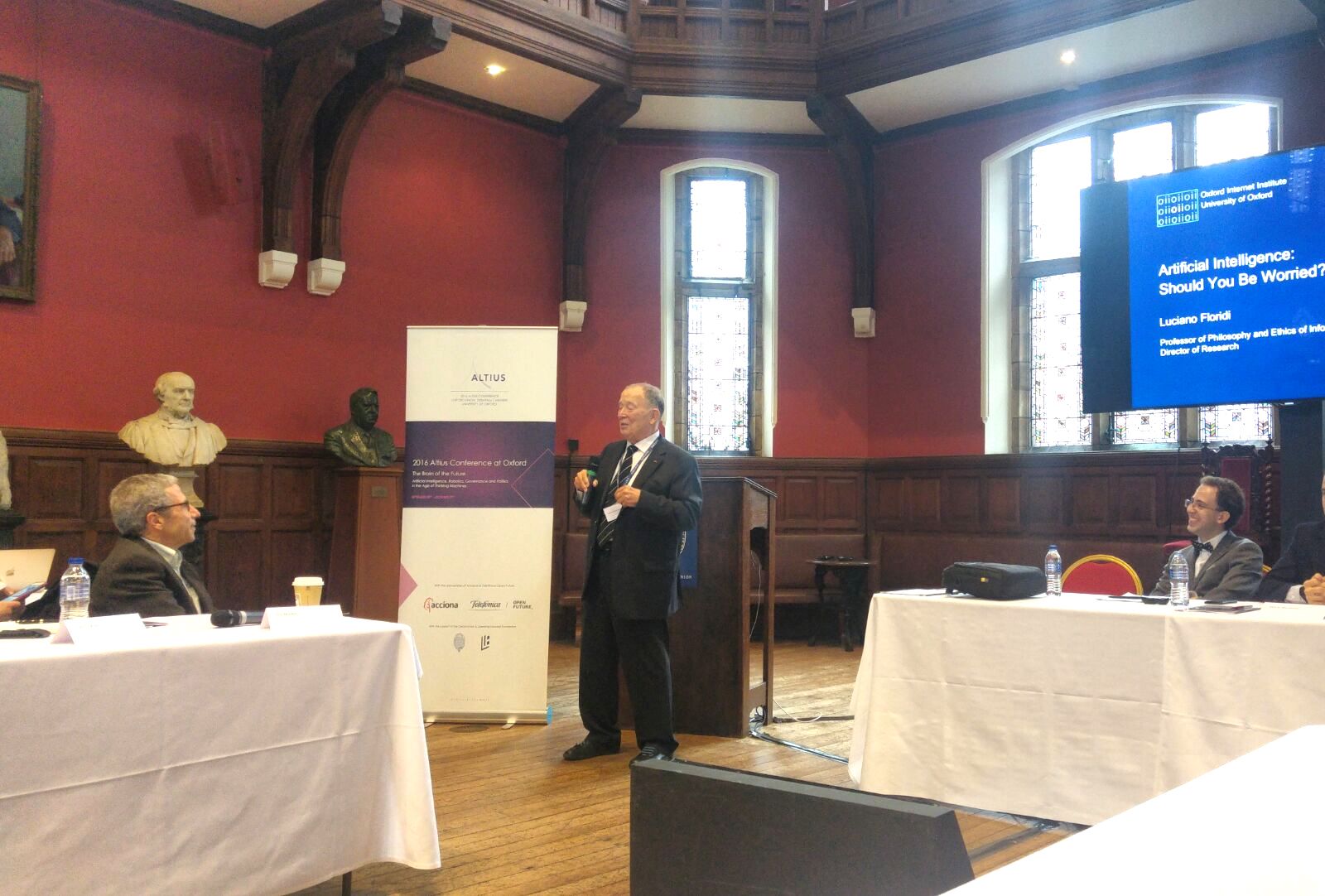 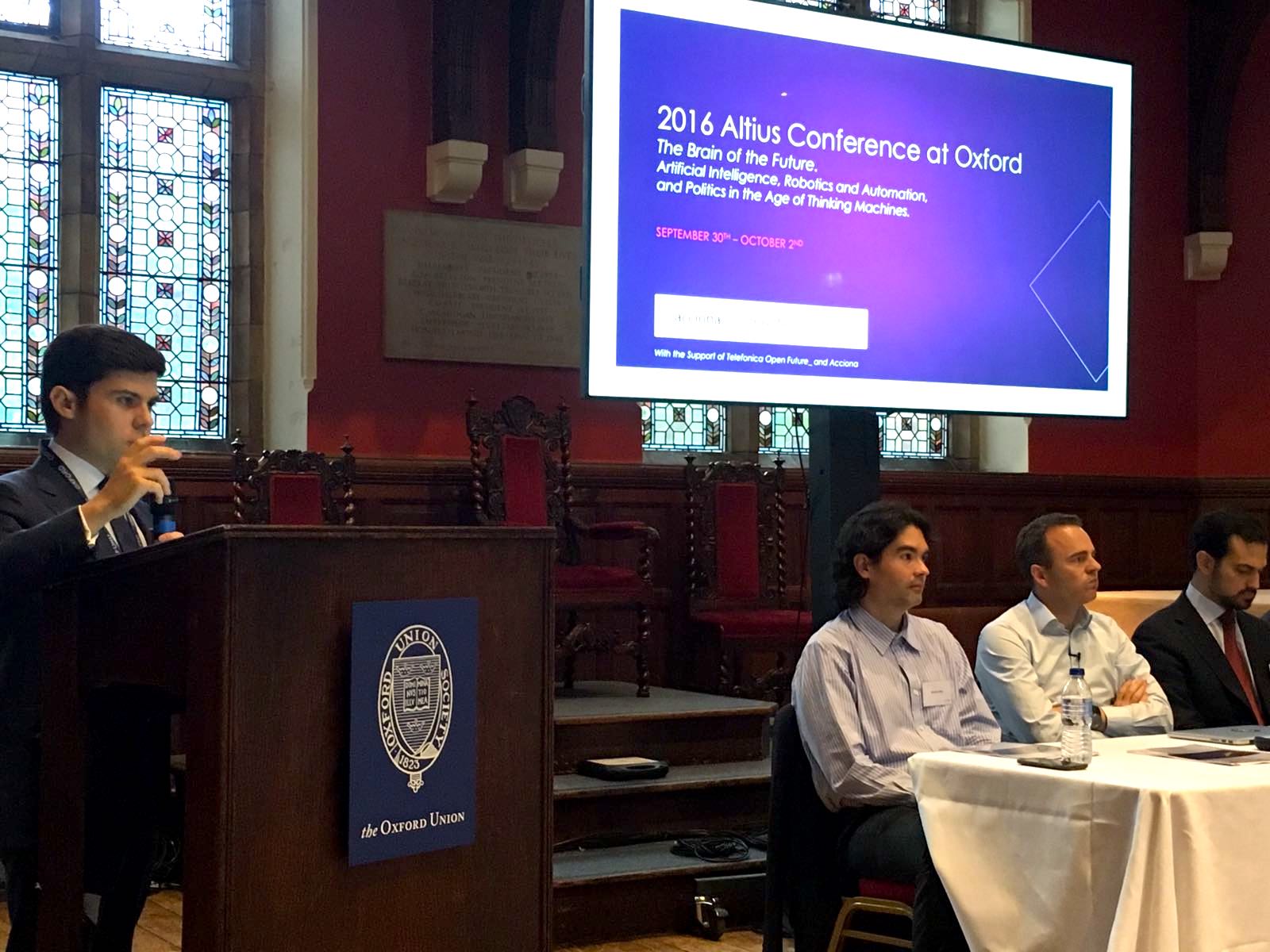 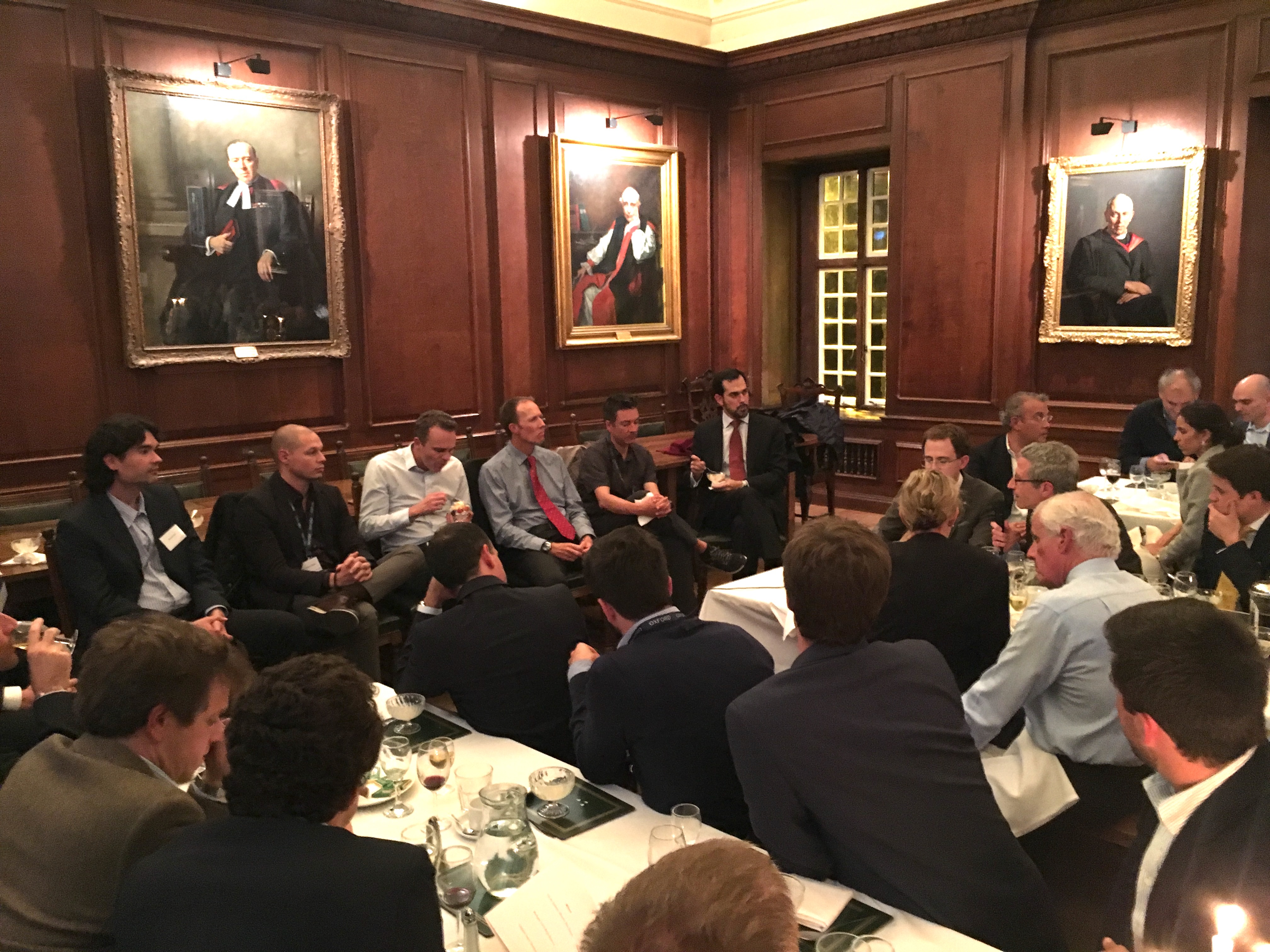 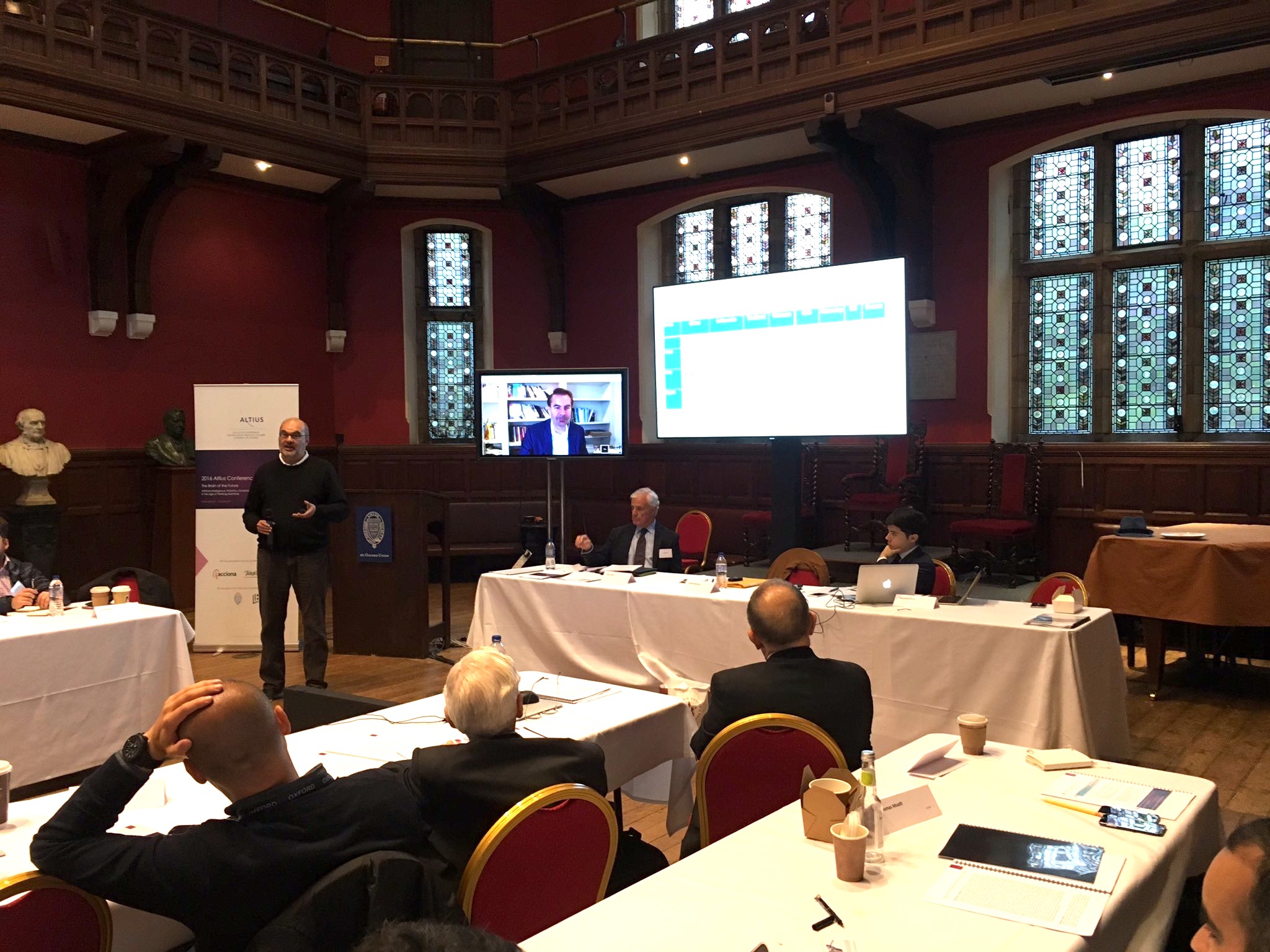 Prof. Branko Milanović, CUNY, former Lead Economist of the World Bank and author of ‘Global Inequality’, Prof. Erik Brynjolfsson, Director of the MIT Initiative on the Digital Economy, and Sean Cleary, Founder of the FutureWorld Foundation, discuss the economic implications of the Second Machine Age for income growth and global inequality, its potential role as a catalyzer of political populism in developed economies, and the need for a new Social Contract 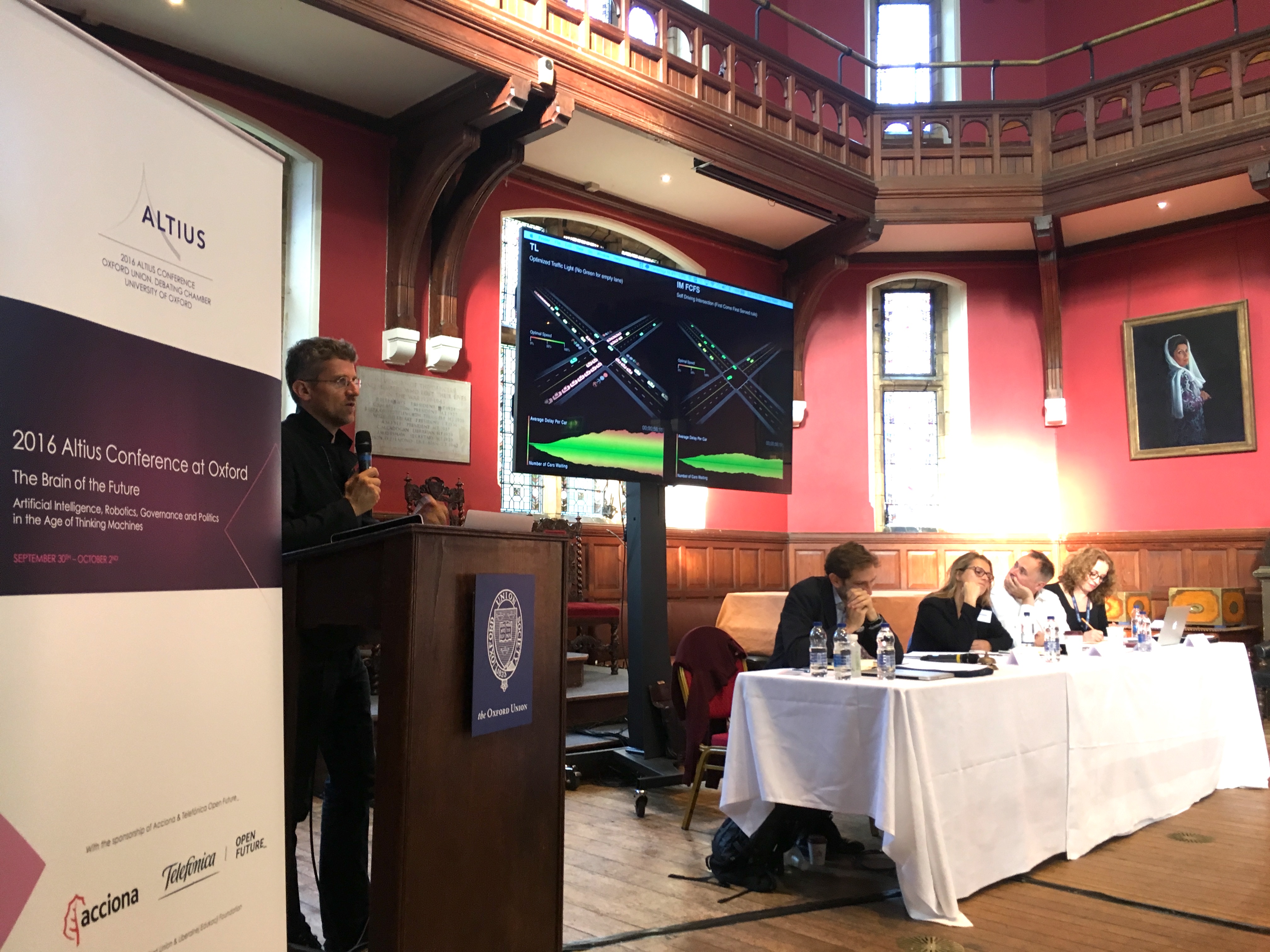 Prof. Carlo Ratti, Head of MIT Sensable Lab and Chief Advisor to the EU Commission on Smart Cities, discussing the impact of Artificial Intelligence for the City of the Future 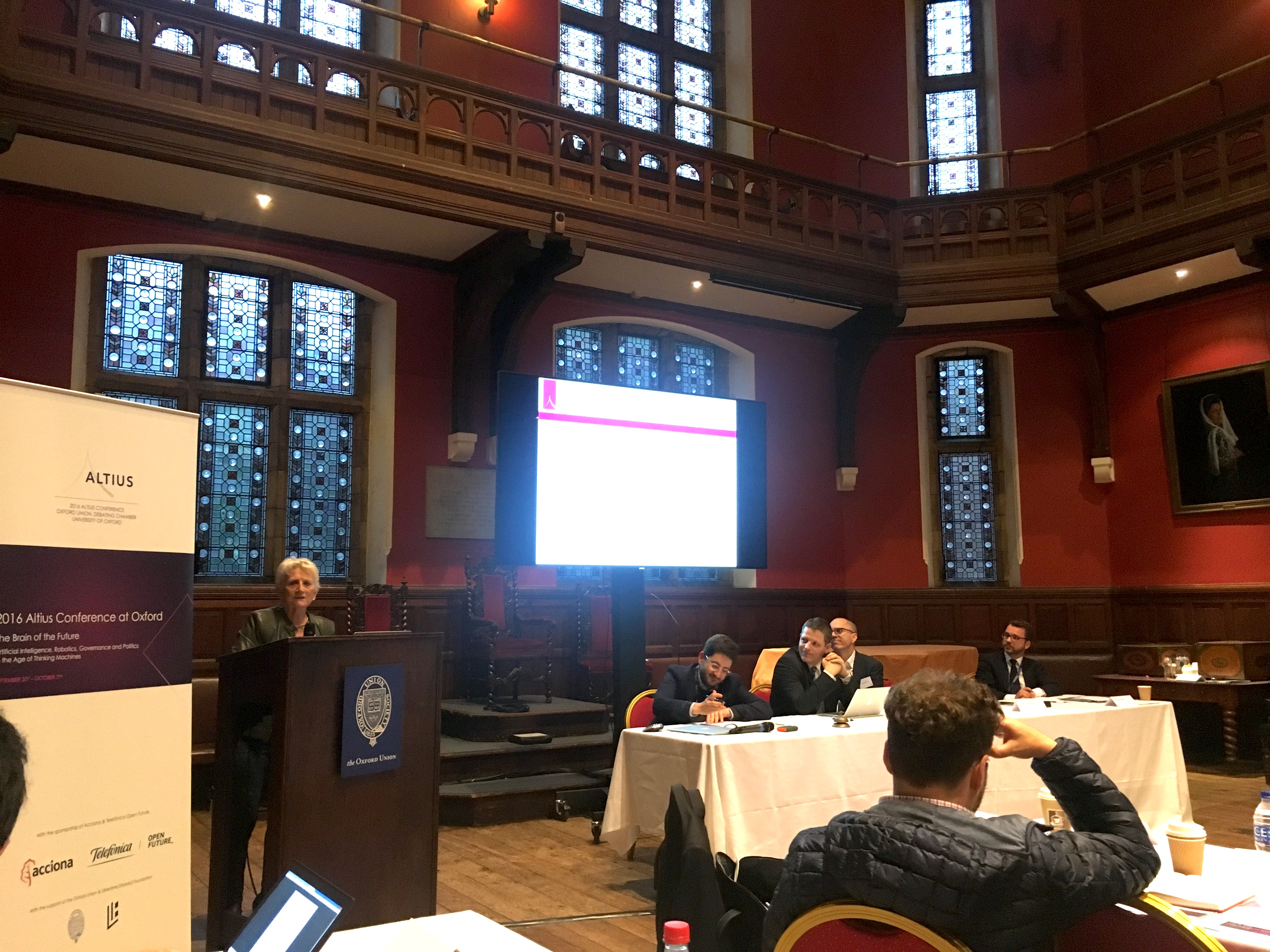 Baroness Neville-Jones, former BBC Governor and Chairman of the British Joint Intelligence Committee and former UK Minister of State for Security and Counter Terrorism overseeing MI5 and MI6, analyzing the implications of AI for Global Security 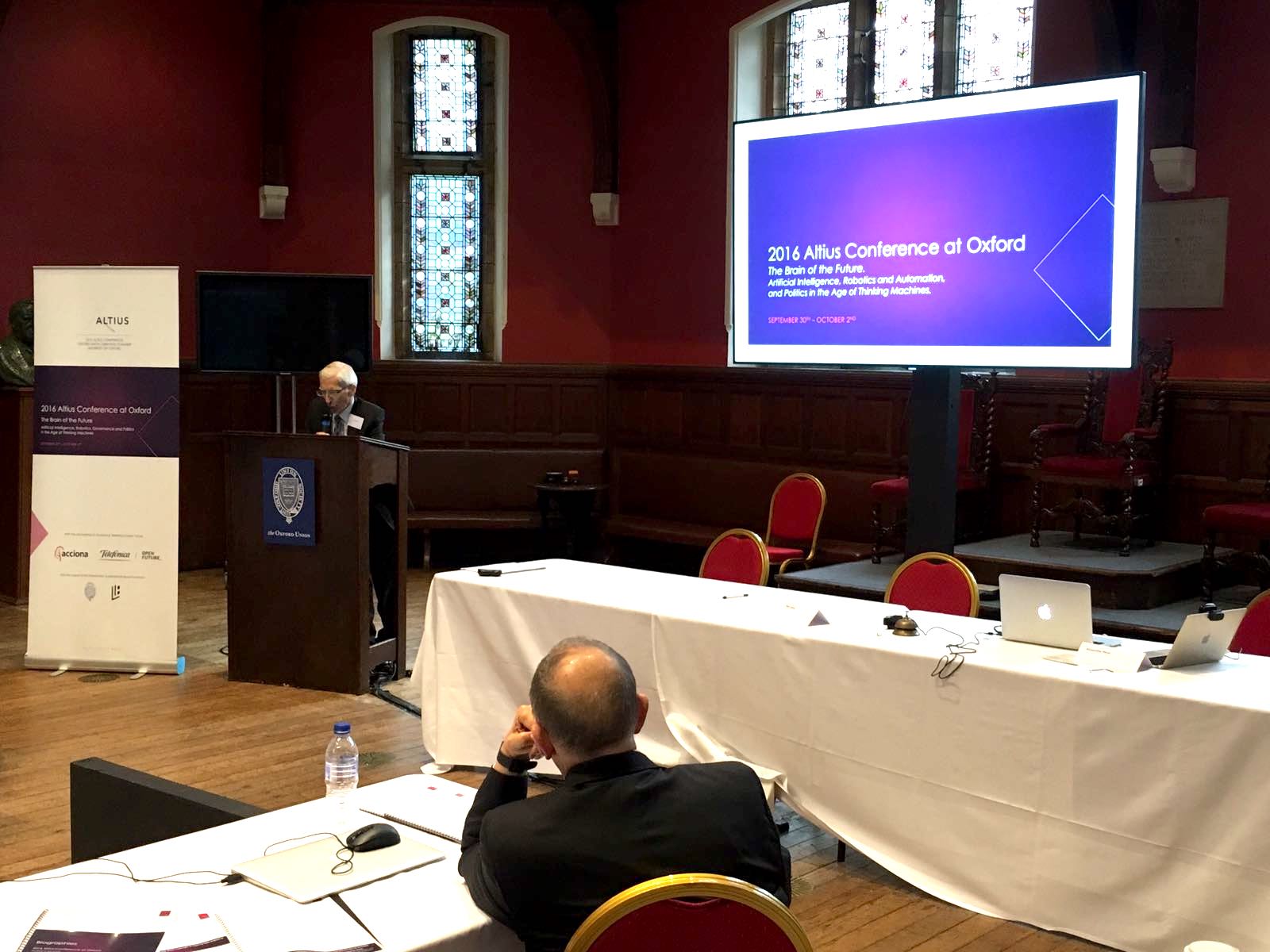 Lord Rees of Ludlow, HM Astronomer Royal, Fellow and former Master of Trinity College, Emeritus Professor of Cosmology and Astrophysics at the University of Cambridge, Past President of the Royal Society, and Co-Founder of the Centre for Existential Risk, presents his views on the challenges and opportunities for Humanity beyond 2050