Laura is an experienced policy professional working at the intersection of the public, private, and not-for-profit sectors. Currently, she is working as senior consultant at Ecorys, one of the oldest research consultancy firms in Europe (est. 1929), where she is responsible for the acquisition, management and implementation of projects in the field of security policy, with a particular focus on disaster risk and crisis management. In addition to her professional duties, she is a Full Associate with DIEM Group, a social enterprise, expert network, and primary research group focused on remedying fragmentation and lack of impact in emergency management. She is also a member of the UN Security Council Affairs Division (SCAD) roster of experts. Prior to consulting, Laura worked for the Dutch government as a senior trade policy officer, diplomat (Russia), and negotiator (EU and UN). In 2012, Laura completed a two-year MPA at the Harvard Kennedy School with a Fulbright scholarship. She also holds an Exec MA in International and European Relations & Management from the University of Amsterdam (2001) and a Joint MA (Honours) in International Relations and Philosophy from the University of St. Andrews (2000).
LinkedIn: nl.linkedin.com/in/LBirkman 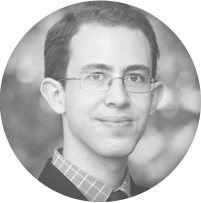 Carlos Blanco
Co-Founder and Board Member

Carlos Blanco is a scholar, writer, and associate professor of Philosophy at Universidad Pontificia de Comillas, Spain. In 2015 he was elected to the World Academy of Art and Science. His areas of interest include Philosophy of Mind, Epistemology, and Egyptology. He has published fifteen books, including Leibniz (2009), Why Resurrection? (2011), Philosophy and Salvation (2012), and La belleza del conocimiento (2015). In 1997, at 11 years of age, he became the youngest member of the Spanish Association of Egyptology, and in 1998 he was considered by different international media as the youngest Egyptologist in the world. He has been interviewed for El País, La Vanguardia, Telecinco, TVE1, CNN, Azul Televisión (Argentina), Al-Rai (Egypt), Radio Caracol (Colombia), and Univisión (Miami), and he has lectured in countries across the world including Egypt, Russia, Mexico and the United States. He has also been a Visiting Fellow at Harvard’s Committee for the Study of Religion (2009-2011). Carlos holds two Ph.Ds., in Theology and Philosophy, as well as a Master’s Degree in Chemistry.
Website: www.carlosblanco.es
LinkedIn: http://es.linkedin.com/pub/carlos-blanco/11/81a/57

Mona Caroline is an international attorney and integrity director advising businesses and governments worldwide through GOVERN&LAW, the firm she founded. She is an expert in Anti-corruption, Competition/Antitrust, Data Protection, Ethics, Governance and International Cooperation. She builds compliance & integrity strategies and contributes to law reforms as tools for sustainable growth and responsible innovation. Driven by the relationship between government, business conduct and their socioeconomic impact, Mona shared her earlier career between the private and public sectors: Legal & Integrity Director of Unilever Europe; Legal Expert to the O.E.C.D. and its Governments; Attorney at international law firms Cleary Gottlieb (Brussels) and Wachtell Lipton (New York). Mona is awarded ‘30 Competition Women’ and is a certified D.P.O. In academia, she is the co-founder of the Sorbonne Compliance program, a lecturer at Sciences Po Paris, the Brussels School of Competition and Solvay School, and a guest speaker around the world on innovation and regulation. Mona holds law degrees as a Fulbright scholar from Columbia University and summa cum laude from Louvain University.
Website: www.governlaw.com
LinkedIn: www.linkedin.com/in/mona-caroline-chammas 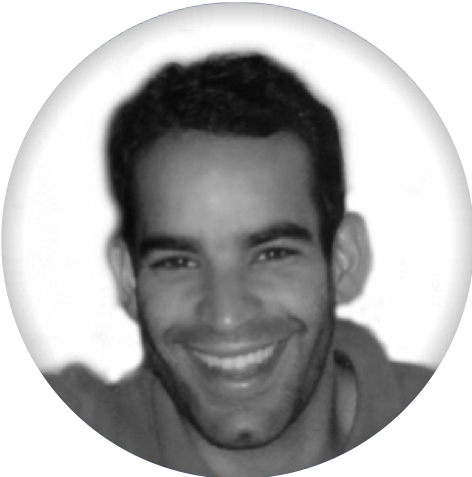 Hamouda is a French Tunisian investment banker and economist. He is currently an executive director in the Government Advisory Group of Lazard in Paris. In this context, Hamouda has intervened on a variety of assignments related to financial crisis prevention and resolution with a focus on sovereign debt restructuring. Hamouda has been notably involved in the Greek sovereign debt reduction in 2012 as well as several other debt restructurings initiatives in emerging and developing countries (Ecuador, Cote d’Ivoire, Gabon…..). Over the last 3 years, Hamouda has also been very active in the Middle East and Noth Africa where he accompanied several governments in the design and implementation of macro-fiscal and funding  strategies. Aside from his sovereign advisory activities, Hamouda has been actively involved in several research initiatives related to the political economy of transformation of the Arab World. He has authored and co-authored several research and policy publications related to the topic as well as opinion pieces. Hamouda is a graduate of the MPA-ID program at the Harvard Kennedy School where he was an Arthur Sachs Fellow. He holds a Ms in economics from the Paris School of Economics and a Bachelor Degree in Applied Mathematics from the Ecole Nationale de la Statistique Et de L’Administration Economique.
LinkedIn: https://www.linkedin.com/in/hamouda-chekir-9987a86 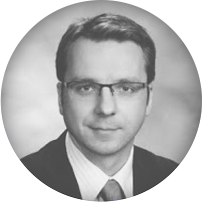 Marcin is a Professor at Nicolas Copernicus University. After completing his undergraduate, graduate and doctoral studies in philosophy and law at Nicolas Copernicus University, Utrecht University, Oxford University, and Harvard Law School, he was a visiting researcher and visiting scholar at John F. Kennedy Institute for North American Studies at Freie Universität Berlin, the Institute for Social Research at Johann Wolfgang Goethe-Universität, Frankfurt am Mine, the Department of Philosophy at Harvard University, and Science-Po’s Ecole de Droit in Paris. Marcin has also worked as a member of The Prime Minister of Poland Working Group on Corporate Social Responsibility. He is a founder and Director of the think-tank Institute of Legal and Political Research and a member of editorial board of Res Publica Nova. He is the author of a book, “Toward Freedom as Responsibility” (2013), dozens of scientific papers and articles published in Poland and abroad and an opinion contributor for various media outlets. He teaches on matters of jurisprudence, public law and global governance.
LinkedIn: http://pl.linkedin.com/pub/marcin-kilanowski/43/a25/aa9 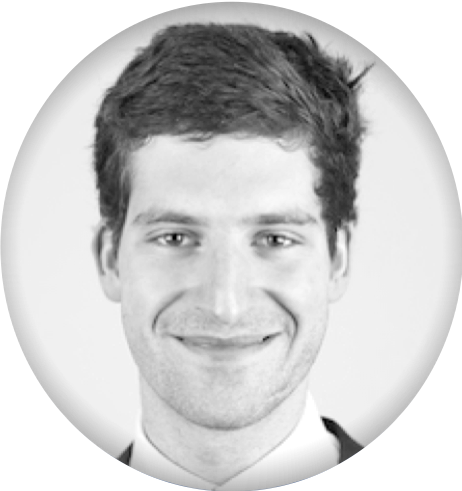 Antoine is a graduate student in economics, with an interest in sovereign debt and international capital flows. Since September 2016, he is pursuing a PhD at MIT, where he was awarded a presidential fellowship. He studied economics at Ecole Normale Supérieure, and business at HEC Paris, after having been ranked first in the admission contests of both French institutions. He had several experiences in economic research (at the European Bank for Reconstruction and Development or the French Cercle des Economistes) and in teaching, notably at Sciences-Po and Paris-Sciences-Lettres. He also worked for a year at the sovereign advisory practice of Lazard, advising emerging markets sovereign clients on macroeconomic and international finance issues. He authored opinion pieces in leading French newspapers and was the co-founder of a reflexion network, Société et Démocratie. Antoine also had professional experiences as a speechwriter and political analyst at the French Embassy in Israel, as a research assistant in economics, and as a news correspondent for a French economic website. He also holds an MA from the Paris School of Economics, an M. Sc. from HEC Paris, and a BA in economics summa cum laude from Paris Sorbonne-University, and studied at UC Berkeley.
LinkedIn: https://fr.linkedin.com/in/antoine-levy-3b999b63
Twitter: @LevyAntoine 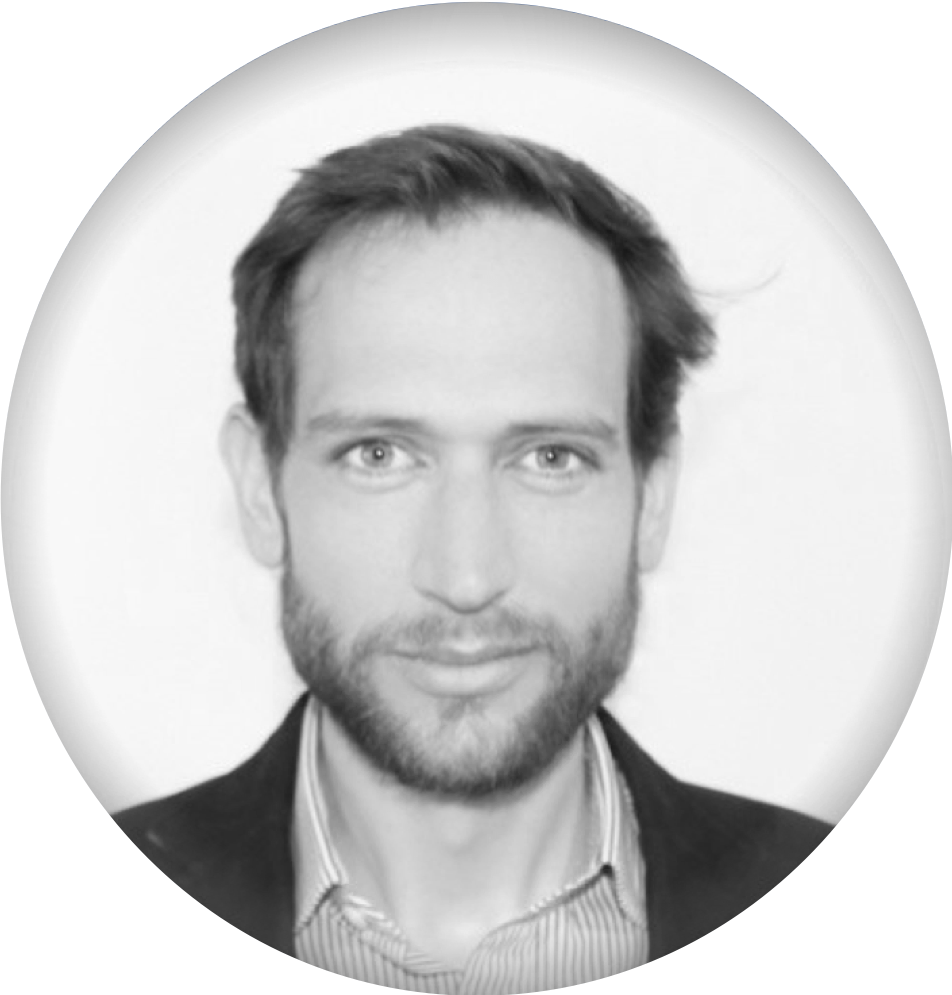 Maxime is is founder and CEO of the elderly care startup Birdie, launched mid-2017 with strong financial backing from the insurance group AXA. With a progressive service and technology model, Birdie enables older adults to age at home healthier and longer, thereby alleviating the growing challenge of an ageing society. Birdie is operating in the UK and will expand internationally in the coming months. Passionate about social entrepreneurship and social innovation, Max has held multiple positions in the private and public sector. Funded by the Bill and Melinda Gates Foundation, he founded and scaled the world largest global health e-marketplace, serving 4 million patients across 140 countries, under the hosting of the Global Fund to fight AIDS, Tuberculosis and Malaria, the largest financing institution in global health. Max also worked as manager at McKinsey across several industries for 5 years, with a focus to help clients accelerate their transition towards climate-friendly business models. He holds a Master in Management and Engineering from the Université Catholique de Louvain, a Master in International Management from the CEMS and a Master in International Economic Policy from Columbia University where he taught monetary policy theory. He serves as board member and advisor in several think tanks and technology startups. He is a Belgian American Foundation fellow under the Hoover Scholarship.
LinkedIn: https://ch.linkedin.com/in/maxime-parmentier-8592603
Twitter: @ParmMax 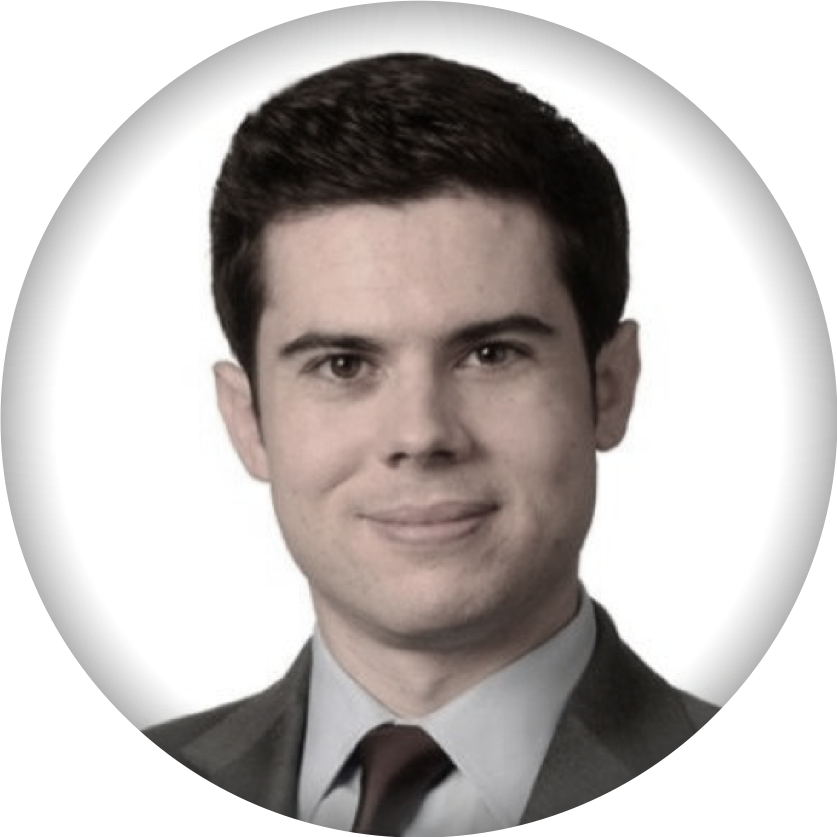 Alexandre Perez Casares is president and co-founder of The Altius Society. His interests include technology development, venture capital investing, and international political economy. He has been a private equity investment executive at Kohlberg Kravis Roberts in London, investment banking associate at Goldman Sachs New York in the Financial Institutions Group, and strategy consultant at McKinsey Europe and Brazil. From 2009 to 2012, Alexandre attended the Stanford Graduate School of Business, where he earned his MBA, and the Harvard Kennedy School of Government, where he graduated with a Master in Public Administration. He also holds an MSc and BSc in Industrial Engineering from the University of Valladolid. He finished his engineering studies summa cum laude in 2006 and earned the National Prize by the Spanish Minister of Education awarded to the top-3 engineering graduates in the country. He also holds the degree of Piano Professor, with training in the Salamanca and Valladolid Music Conservatories. He has been awarded the Carolina and Rafael del Pino Foundations, Caja Madrid and Fulbright scholarships. Additionally, he has published policy and opinion pieces in publications such as the Financial Times and the New York Times.
LinkedIn: http://uk.linkedin.com/pub/alexandre-perez-casares/5/a2/434
Twitter: @XandrePerez 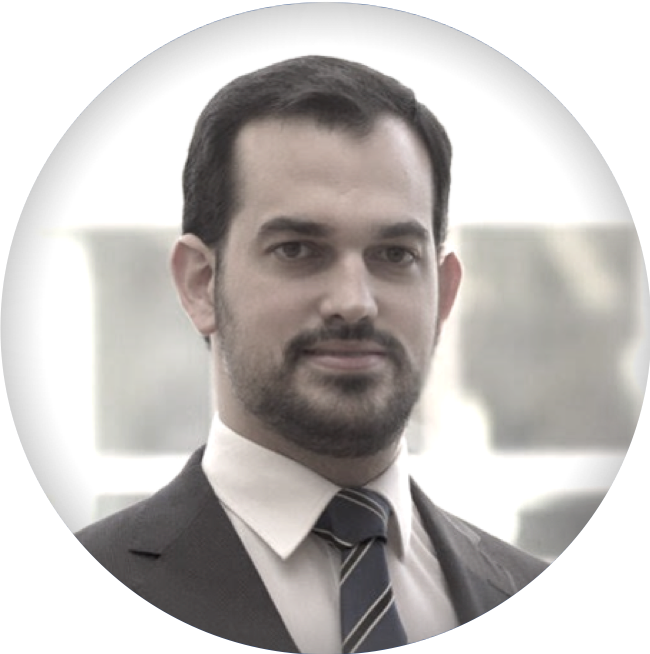 Jacobo is a Spanish investment banker and data scientist. He is currently focused on global macro systematic strategies as Vice President of Quantitative Research at J.P. Morgan Chase & Co. He previously covered sovereign debt and interest rates markets at Morgan Stanley for European institutional clients, as well as strategic corporate derivatives. Meanwhile, Jacobo conducts research in applied artificial intelligence at the University College of London, where he currently focuses on developing new models of statistical machine learning. He earned his degree of Electrical Engineer at Universidad Politécnica de Madrid, a MSc in Management from HEC Paris (Diplôme Grande École) and a MA in Economics from the College of Europe in Belgium, in addition to courses at École Polytechnique in France and Harvard University in the US. Jacobo has received excellence awards and scholarships from the Lucent Technologies Foundation and the Spanish Ministry of Foreign Affairs, among others. He has a deep interest in international economics, technology and public affairs, having served as member of the National Scholar Council of the Spanish Ministry of Education and Science, advising on legislation. A passionate scuba diver, he qualified as professional diving instructor.
LinkedIn: https://www.linkedin.com/in/jacoboroavicens/